Time for Israel to Take Matters into its Own Hands 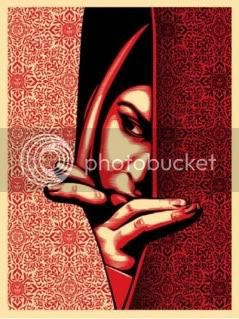 Just why Obama has thrown a monkey wrench into the possibility of a negotiated settlement is open to question. That he has done so is not. When Obama demanded "total settlement freeze" as a precondition for negotiations, a requirement that Netanyahu either could not, or would not, meet, it meant that Mahmoud Abbas could require nothing less. The President of the Palestinian Authority, of course, is in no position to be viewed as softer on Israel than the American President. Thus the PA refuses negotiations, even "proximity talks."

Last year, early in Netanyahu's second term, he agreed to a two-state solution, called for negotiations without preconditions, and later agreed to a ten month moratorium on Israeli housing construction in the West Bank. This last being a concession that no other previous Israeli Prime Minister has ever made and that no other PA President has ever demanded as a precondition for talks.

Despite this important concession, the American President is not satisfied. While demanding exactly nothing from the PA, the US administration is allegedly "insulted" at the recent announcement by a functionary in the Israeli Ministry of the Interior that Israel will, some years from now, build housing for Jewish people in a Jewish neighborhood in the northeastern section of the ancient capital of the Jewish state. This terrible affront was "condemned" by US Vice President Joe Biden during his recent visit to Israel and resulted in a series of American gestures toward Israeli leadership that could only have been designed to distance the US from Israel and to thereby undermine any Israeli confidence in the US as a fair interlocutor.

In defiance of anything resembling reasonable diplomatic standards toward a friend and ally, Hillary Clinton gave Netanyahu a 45 minute dressing down for the Israeli crime of building in the Israeli capital, Joe Biden arrived an hour and a half late to dinner with Netanyahu in Israel, and in Washington Barack Obama received Netanyahu to the White House with all the enthusiasm one might usually reserve for the likes of Idi Amin.

Israel therefore faces Palestinian leadership in the Gaza that calls for the slaughter of Jews and a Muslim theocracy from "the river to the sea," a Palestinian leadership in the West Bank that still refuses to recognize Israel as a Jewish state and that refuses any negotiations until all its demands are met, and an American President that has proven himself openly hostile to the Israeli Prime Minister, if not Israel itself.

For these reasons Israel must forget about negotiations and take unilateral measures to end the occupation of the West Bank. The Palestinians have, after all, never favored a state of Palestine alongside Israel and are showing no signs that they favor such a state currently. In 1937, after the Arabs of Palestine took to rioting and murder during the Arab Revolt of the late 1930s, the British offered to divide Palestine into an Arab state and a Jewish state. The Jews reluctantly accepted, the Arabs did not. In 1947, the UN offered a similar deal to the Arabs and the Jews in Resolution 181, the partition resolution. Again the Jews accepted it and again the Arabs did not, instead preferring to launch first a civil war in Palestine between November 1947 and May 1948 and then a wider war featuring the surrounding Arab states versus the Jews, who were forced to field women and Holocaust survivors in their efforts to fend off the attack.

One would have hoped that during the ensuing years that Palestinian statelessness and refugee status might have inclined them to change their mind and accept a state. This, unfortunately, has proven not to be the case. After the 6 Day War, in 1967, Israel offered to return the West Bank to Jordan and the Gaza to Egypt, in accordance with UN Resolution 242, but was met with the famous "3 Noes" of the Arab League, including its Palestinian contingent, in the Khartoum Resolution:
"No negotiations. No recognition. No peace."

It is interesting to note, furthermore, that in the 19 years between 1948 and 1967, when Egypt occupied Gaza and Jordan occupied the West Bank, that no Palestinian leadership ever called for the creation of a Palestinian state in those lands. In fact, prior to 1967, the great majority of Palestinian Arabs did not even consider themselves "Palestinian," thereby indicating a lack of Palestinian nationalism to begin with.

Nonetheless, between 1967 and 2000, Palestinian nationalism did develop and Palestinian identity firmly established itself. Between 1993 and 2000, the Israelis engaged PLO chief Yassir Arafat in the Oslo Peace Process which culminated in Ehud Barack's offers to Arafat in 2000 and 2001. Israel offered Arafat 100 percent of the Gaza, over 90 percent of the West Bank in a contiguous area, and Arab sections of eastern Jerusalem as a capital. Instead of accepting the offer, Arafat refused to make a counter offer and launched the Second Intifada resulting in the deaths of thousands of Israelis and Palestinians. Between 2000 and 2003, the death toll represents the equivalent of an Israeli "9/11" every two weeks, week in and week out, year after year.

Finally, in 2008, Israeli Prime Minister Ehud Olmert offered Abbas a similar deal which was likewise refused. Some critics of Israel like to suggest that these final two offers were refused by the Palestinian leadership because they were not good enough. They claim, echoing the now deceased Arafat, that the West Bank would have been divided into three "Bantustans" in a non-contiguous area. If this is the case than both US President, Bill Clinton, and the chief US negotiator, Dennis Ross, are lying and Arafat was telling the truth. In any case, it should be noted that the partition plan that Israel accepted in 1948 really was comprised of three "Bantustans" without Jerusalem as the capital, as can be seen from the map below where the orange represents the proposed Jewish state.

Since the Palestinians refuse to negotiate, and because the US president has proven himself a hostile and untrustworthy interlocutor, Israel must go it alone. Israel should simply declare its final borders, and pull the IDF behind those borders, as it relocates any West Bank Jews who would prefer to live in Israel, rather than in a newly created state of Palestine. Of course, this would mean that the Palestinians would not likely get any part of Jerusalem for their capital, but there's no reason why Ramallah could not serve as the capital of a Palestinian state.

At a certain point one must understand that "No" means "No."
We have arrived at that point.
Posted by Mike L. at 11:32 AM