Anyone know of any group trying to prevent Congress from forcing a surrender of the Bab-el-Mandeb to Iran?
Posted by Sar Shalom at 4:31 AM 4 comments: 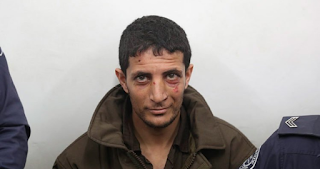 Many are calling for the death penalty in this case. They should have shot the evil SOB when they had the chance. Then we all could have been spared the evil smirk. The left wanted to put the smirking Covington kid in a woodchipper. Wonder what they'll say about this guy? Driven to it by the occupation no doubt.

What does it say when a major accomplishment for a Palestinian is the killing and mutilation of an innocent Israeli teenager. That whole society needs a major intervention.

Note the use of "Palestinian" in quotes by the creator of the image below.

The reason for this is because he understands that the Arabs who live in the Land of Israel -- which is to say, the land of the Jewish people -- only came into recognizable existence around the time that Paul McCartney was writing "Yesterday."

The people who we call "Palestinians" come from throughout the entire Arab world and that world is a world of conquest by Arabs against non-Arabs. This is not a matter of debate. It is a matter of fact.

It is a matter of known historical knowledge.

Were Israel to be the twenty-third Arab-Muslim state, rather than the lone, sole Jewish state, it would be hailed as the most enlightened country throughout the Middle East. It is only hated by Arabs and their western-left allies because it is the single Jewish state.

Thus, many of us who favor the ongoing well-being of the Jewish people in an entirely hostile world often put the word "Palestinian" in quotes.


It must be understood that the Jewish people, with our history, are under no particular obligation to acknowledge an alleged nation -- the Palestinian Nation -- that was created shortly after Ray Kroc invented McDonald's. 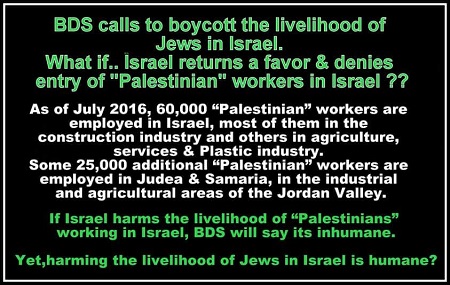 If New York had voted according to pairwise-rated voting

Much has been made about how Alexandria Ocasio-Cortez (AOC) is leading the Democratic Party solidly into the Palestinian camp and to the radical Left on many domestic issues. Since we here agree about the merits of AOC, or lack thereof, I would like to discuss how AOC's political fortunes would have been affected if New York had used pairwise-ranked voting instead of plurality voting. I have raised this topic on this blog before, however, AOC provides an opportunity to demonstrate concretely the effect of changing the voting system.

Under plurality voting, any party that fails to winnow its field to one candidate for the general election would be at a disadvantage against its competitor(s) that succeed in doing so and thus consolidate their voters around one candidate. Previously, that was achieved by a party convention in which party bigwigs would gather to select one candidate for the one election in which all citizens voted. Over the years, the country decided to democratize the process of deciding who represents each party in the election, introducing a preliminary stage to the election cycle which we know of as the primary election. Accordingly, before last November's general elections, the incumbent Joe Crowley had to run in a primary which this time was contested by AOC.

In a low turnout election, as primaries typically are, Crowley lost by 56.7% to 43.3%. Of particular note, 29,778 voted in that election, compared to 110,318 who voted Democrat in the general election, or less than 30% of those preferring a Democrat over a Republican. In the general election, 13.6% of voters opted for the Republican Anthony Pappas and another 1.2% for the Conservative Elizabeth Perri, with another 6.6% opting for Crowley on the Working Families line.

Thanks to plurality voting, all that mattered was that AOC received 78% of the votes, hence AOC is now in Congress. Now consider pairwise-rated voting in which the candidates run in a pairwise contest against all other candidates based on the ratings that all voters assign to all candidates. Under such a system, there would be no disadvantage to a party running multiple candidates against any other party, because relative ratings of the candidates would not be affected by the addition of new candidates. Thus, there could have been a single-stage election in which AOC, Crowley, Pappas, and Perri all would have run and received ratings from all of the voters. Now consider the results of the primary in which AOC won by 13.4% among the 30% of voters preferring a Democrat. Given the higher motivation of the wings to show up for primaries, it is likely that the over 70% of Democratic voters who did not show up for the primary are less left-wing than those who did. However, let's suppose that those voters have the same ideological composition as the cohort that did turn out for the primary, a worst case scenario for Crowley, the result would have been that AOC would have had a 13.4% advantage among the voters who prefer Democrats over Republicans. How many voters choosing either the Republican or Conservative nominee would have preferred AOC over Crowley? I don't think very many. Assuming they all prefer Crowley over AOC, that is a bloc of 14.8% of the electorate even ignoring the voters who ignored the will of the primary electorate, exceeding AOC's best case advantage among voters preferring Democrats. Thus, a majority of voters in New York's 14th District preferred Crowley over AOC. Pairwise-rated voting would have allowed those voters to indicate that preference and counted that preference, preventing AOC's election to Congress.
Posted by Sar Shalom at 7:46 AM 24 comments:

What are your thoughts on the latest SOTU address?

I for one am hopeful since not one of the newly minted Hamas caucus wore a keffiyeh ........yet.


edited to add this funny