I am just sick to fucking death of non-Jews telling us where we may, or may not, be allowed to live on the very homeland of the Jewish people. Obama did it for 8 years and nobody blinked although it certainly pissed ME off.

Now Warren is pulling the same schtick. She wants to cut aid to Israel depending upon just where in Israel Jews choose to live. Who the fuck do these people think that they are?

It is time for Jews to leave the Democratic party if only to create a reasonable balance between Jewish support for Republicans versus Democrats. I am not a Republican, but I do not want the Democratic Party to take us for granted, which they most certainly do.

I am a Californian and, until fairly recently, a Democrat for over 30 years, but the party does not have our best interests in heart. The reason for this is because the influential "progressive" wing of the party honestly believes that Jews are aggressors in the Middle East.
Posted by Mike L. at 5:06 AM 31 comments:

One of the major problems that the tiny Jewish minority has is that the western-left honestly believes that the Jews of Israel -- and by extension their diaspora supporters -- are not "humane" to Palestinian-Arabs.

The EU, the UN, and the Democratic Party feel so strongly about this that they are literally willing, under "Pay-to-Slay," to finance the murder of Jews in Israel.

They give Mahmoud Abbas and Hamas and the Palestinian Authority Western tax-dollars used to pay-off Jew Killers who ram us in the streets with their vehicles, stone our children, behead Jewish babies, and knife old people in Jerusalem.

And, yet, they lecture us about "social justice" as they teach Jewish kids to despise their own people in Western universities.
Posted by Mike L. at 5:19 AM 2 comments:

Email ThisBlogThis!Share to TwitterShare to FacebookShare to Pinterest
Michael Lumish 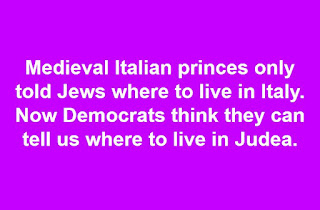 Books are a pain in the ass! 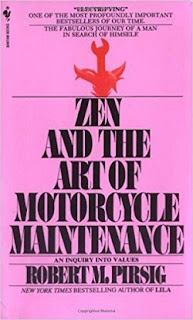 I keep buying books and giving them away. You know how it is.

One of my favorite books of all time is Zen and the Art of Motorcycle Maintenance, by Pirsig.

I originally read it in my teens, but at some point I was hanging with a buddy and said, "Hey man, you need to read this." And then I gave him my copy.

Then a little time goes by and I think, "I need a copy of Zen and the Art of Motorcycle Maintenance"! So I buy it again, usually in the form of an abused old paperback. But then some time passes and I am hanging out with a different buddy and say, "Hey man, you need to read this."

I must have given away four copies of that book over the years to different people.

But it's not just that book.

It's also Catch-22, Slaughterhouse-Five, Stranger in a Strange Land, Fear and Loathing in Las Vegas, and on and on.

Giving a friend a book that you love is like offering them a little bit of yourself.

The Kurds in Syria

Elder makes the case more eloquently than I can of what Trump's announced betrayal of the Kurds portends for us. However, I would like to call attention to another angle of the situation. In covering Turkey's plans to exploit the pending vacuum that Trump's withdrawal would create, the media describes Turkey as "deeming" the Kurdish forces to be terrorists. That terminology is wrong. Turkey certainly calls the Kurdish forces terrorists. However, that does not mean that Turkey actually considers them to be terrorists as opposed to believing that the Kurds' proper place is under the boot of Turkish and Arab oppression. What it means is that Turkey considers that the possibility that the Kurdish forces are terrorists is the most plausible explanation that could gain sympathy for its planned action. (Sort of like the Waqf describing Al Aqsa as "under threat" because it is more sympathetic than saying that it is Islam's right to deny Jews their holy sites.) Accordingly, the language that should be used to describe Turkey's motives is the Turkey "calls" the Kurdish forces terrorists.

Addendum: Trump apparently trusts Erdogan's word that he will not liquidate the Kurds wholesale in Syria. Needless to say, the Kurds in Syria do not concur in this trust, but Trump let his actions show whose views would carry the day.

Similarly, Obama trusts Abbas' that word that if he got all the land that is "rightfully Palestinian," that he would end his claims against Israel and end all attempts to pursue more. Netanyahu is cynical about such trust and acted accordingly. Obama, while he had the power to do so, let his actions show whose views would carry the day.
Posted by Sar Shalom at 12:47 PM 23 comments:

Michael Lumish
When I was growing up to be a "white" person meant to be a person of European descent. This is no longer the case.

To be "white," today, means to be a "bad" person, particularly if you tend to be of the manly persuasion.

The irony is delicious.

"Progressives" -- throughout politics and the academe and, even, corporate America -- consider "white" to be a category of ethnic guilt. In the name of "social justice" they are condemning innocent young kids, particularly boys, of some sort of original sin.

They are, in fact, damaging your children and most of you are A-OK with it.

In this way, the "progressive" movement is deeply religious and increasingly medieval. The movement used to be about open-mindedness. Today it is about hysterical dogma. Mario Savio would not recognize it.

It used to be about social libertarianism and freedom of expression. Today it is about ideological conformity and a Puritanical patrolling of the borders of acceptable thought.

What, therefore, is increasingly disturbing to many of us is this association of Ashkenazi Jews with "whiteness."

What is most important, in my opinion, is for those of us of Judean descent to not buy-in to this Euro and American nonsense.

We should not allow them to impose their own historical neuroses around race upon the Judean people, the historically oppressed Jews.
Posted by Mike L. at 5:16 AM 12 comments:

Cause things were getting a little crowded on one particular thread. 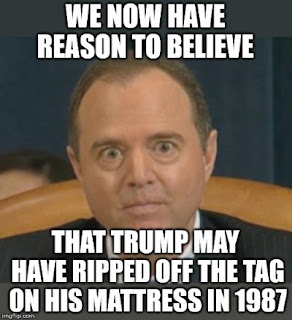