AIPAC is a politically neutral organization.

If Warren boycotts AIPAC it demonstrates not only hostility to the Jewish State of Israel, but to American and Jewish American supporters of Israel.

This is something that no self-respecting Jewish person, or friend of, should accept.

This is a move that tells me that Elizabeth Warren is no friend to the Jewish people. 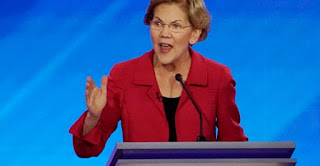