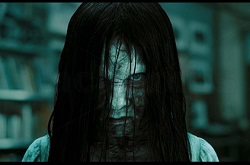 I am convinced that the words "alt-right" and "alt-left" - and, my favorite, "CTRL-L Delete" - are essentially alt-meaningless.

Hillary basically conjured the New Fear out of thin air on the campaign trail in order to paint Trump as a racist. Most people never even heard of Breitbart - which, from what I can tell, is not a racist outlet, anyway - until the Clinton campaign sought to shore-up their victory. The Klan is irrelevant in the US, as are Neo-Nazis, and there is no sudden vast re-emergence of white nationalism happening anywhere in the US.

In other words, they have the country on a very dangerous witch-hunt and its mainly the well-educated and sophisticated among us who tend to buy into this politically convenient myth.

I did not advocate for Trump, nor did I vote for him. Nonetheless, I have lost friends for being insufficiently hateful toward the man, as if my lack of hatred toward Trump is partly responsible for the rise of the New American Nazism, which does not exist.

That, for me, represents this political moment.

It is my guess that future historians will note this as a period of near mass-hysteria, something akin to the Red Scares of the 20s and 50s, but this time coming out of the American Left.
Posted by Mike L. at 11:22 AM