The U.S. Has Gone Bats 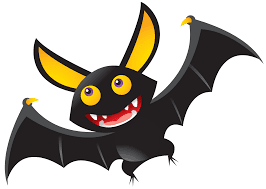 That's the way it seems to me, anyway.

I suppose that it's not surprising that the people who are my age - and who are now running things - have turned the Western tradition into a fucking disaster.

And the reason for that is because we were trained not to believe in it by our older brothers and sisters and friends who came out of the Vietnam War Era and, thereby and for understandable reasons, passed their cynicism off to us.

We are, however, responsible for the current state of American politics, which is absolutely dismal.

The United States has not been this culturally torn-up since 1968.

American politics at this moment has people at one another's throats. It is ripping up families and friendships. It is resulting in violence in the streets from Berkeley to Charlottesville.

And, it must be understood, that the toxic nature of American politics today is encouraging the rise of the New White Nationalism.

I tend to downplay the white nationalist trend because playing it up increases its attractiveness to those so inclined.

But the difference between now and then is that by 1968 over 30,000 U.S. servicemen had been killed in Vietnam in a war that seemed to have no end.

And racism throughout the country was violent in a way that makes the South, today, look like a racial shangri-la.

I was born in 1963, the very year that Martin Luther King, Jr. gave his famous I Have a Dream speech on the Mall in Washington, D.C.

Despite the fact that I am a New York Jew, I can assure you that, from a historical perspective, race relations in the South are far better today than they were in 1963. It's not even close. An observer from Mars should be able to see that, yet somehow it seems lost on the contemporary American Left.

The cause of political tensions in the United States today is not due to war or sexism or racism like it was in 1968.

On every social-political level, the U.S. has made great strides toward social justice from that day to this.

The truth, in fact, is that the U.S. is among the most liberal countries on the planet.

This may sound a bit corny or old-fashioned but we hold out a greater opportunity to any man or woman of any "race, color, or creed" - as they used to say - than almost any place else on the planet.

We should be proud of how far we have come in so short a period of time.

We are well beyond where we were when Martin Luther King, Jr. stood on the Mall.

But we do not recognize it.