{Also published at Elder of Ziyon and Jews Down Under.} 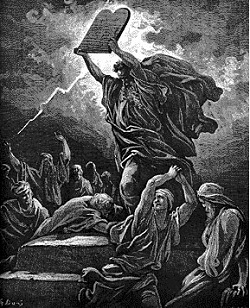 As the West gradually awakens to the rise of political Islam and the immigration crisis in Europe, the question of Koranic violence versus Biblical violence is sometimes referenced.

The reason for this is because of the confusion around the sources of the jihadi aggression against the West. Is it due to western imperialism or to essential Islamic theological sources?

Or a combination of both?

When jihadis blow people up or burn them alive are they acting Koranically or out of righteous indignation toward the imperial advances of the rapacious West?

If you Google "violence in the quran vs violence in bible" you come up with a variety of discussions around the question of which books are most violent, the Hebraic Bible, the New Testament, or the Koran.

The very first result that pops up on my screen is from a sociological-statistical piece in the Independent by Samual Osborne entitled, 'Violence more common' in Bible than Quran, text analysis reveals.

An analysis into whether the Quran is more violent than the Bible found killing and destruction occur more frequently in the Christian texts than the Islamic.

Investigating whether the Quran really is more violent than its Judeo-Christian counterparts, software engineer Tom Anderson processed the text of the Holy books to find which contained the most violence.

In a blog post, Mr Anderson explains: "The project was inspired by the ongoing public debate around whether or not terrorism connected with Islamic fundamentalism reflects something inherently and distinctly violent about Islam compared to other major religions."

Comparing our three religious texts across the eight major emotions we find that the Old Testament is the ‘Angriest’ (including most mentions of ‘Disgust’); it also contains the least amount of ‘Joy’.

When the question of Biblical violence versus Koranic violence is raised it is almost always done for the purpose of clearing Islam of any culpability for the results of its own theocratic-ideological inclinations. Thus statisticians like Anderson run the texts of the Bible, the New Testament, and the Koran through computer programs which tabulate violent references within those texts.

The results demonstrate that the Bible depicts more acts of violence than does the Koran.

This is hardly surprising given the length and ancient nature of the Bible, however, this misses the point entirely.

The significance of this distinction is key to the nature of the different sources.

For example, in 2 Kings 2:23-25, concerning Elisha the successor of Elijah, we read:

Now, that is quite an image.

According to the Bible, God sent a couple of she-bears out of the woods to murder, or otherwise maul, forty-two children for daring to mock a prophet of Judea.

Indeed, the penalty for those who wage war against Allah and His Messenger and strive upon earth [to cause] corruption is none but that they be killed or crucified or that their hands and feet be cut off from opposite sides or that they be exiled from the land. That is for them a disgrace in this world; and for them in the Hereafter is a great punishment,

Although the chopping of hands and feet from opposite sides of the body is a mighty interesting and disgusting touch of Islamic jurisprudence, it is merely one example of the many, many violent descriptions in these books.

One cannot draw definitive conclusions on the nature of the texts from a single example, but I feel reasonably certain that my tentative conclusion concerning the descriptive / prescriptive difference between Biblical versus Koranic texts would hold up under scrutiny.

At the very least it represents a fair point of exploration in reference to the scholarship.

So, the first question to ask is not the quantity of violence in the Bible or the New Testament versus the Koran, but the intent and nature of that violence.

From what I can tell, biased as I am, the Koran calls for the submission or murder of the infidel.