A note from an old friend 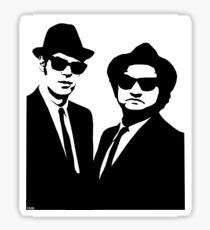 I have a buddy from high school who was always a bit of an intellectual rebel. He is of Irish descent and I am, of course, of Jewish descent.

We were not trying to burn anything down or bully other people. We were not Antifa-like "fascist anti-fascists" beating the holy shit out of people wearing red baseball caps in the streets of Berkeley. We were just trying to figure out the social aspects of the world that we lived in at the end of the 1970s and the dawn of the Reagan era.

This was actually a moment in American cultural history wherein youthful radicalism was cooling off because racism and sexism were widely abhorred and because the Vietnam War was over and there was no draft. American college students liked Reagan and thought that Springsteen's Born in the USA was a tribute, rather than a criticism.

He is a creative guy and we discussed Vonnegut and Tolkien and Kerouac and Hunter S. Thompson and Brautigan and Salinger and Charles Bukowski. We sat around on living room floors with books of art and wondered at what we were looking at.

We smoked a bit of pot and discussed the world around us. We were not particularly hostile to the government, but we were critical because we were born in the 1960s and raised during the Vietnam War. We grew up during Watergate and the rise of the New Left. And it is definitely fair to say that we had some contempt for mid-late twentieth-century Wonderbread Connecticutian suburban normality.

{I will never forget being absolutely mystified at something called the "color guard" at Trumbull High School.}

A few years out of Trumbull High my buddy and I actually embarked upon a Thompsonesque road trip across the United States on a journey to discover San Francisco. We even had the temerity to drive through Kansas... or perhaps it was Nebraska! It was there that the Grimace menaced my buddy after we had spent the entire night driving through the midwest before pulling into a grand-opening of a McDonalds in the middle of nowhere, practically at dawn. We were exhausted!

In any case, we have not, until recently, been in touch but when we were close friends Israel was not heavy on my mind. We were very young. We talked about art and literature and, in the manner of youthful smartasses, the stupidity of our parents and our teachers.

As we have recently been in contact, and he has taken note of my interest in the Movement for Jewish Freedom, he writes on my Facebook page:


I prefer to think I am practical and a realist, perhaps a jaded one.

The unfortunate reality is that too many people are looking at those in Gaza and the West Bank as Palestinians.

It is likely impossible that all those people can be convinced they are not a legitimate ethnic group.

So, I am saying is you can speak the Truth but while you are presenting your case people are switching you off and paying attention to the PR being advanced in the MSM.

Call these people whatever you want, what progressives are being sold is these are people who need to live somewhere and Israel is oppressing them.

They see them as oppressed maybe even innocent or righteous!

They do not recognize the poison within their culture and the genocide in the hearts of their leaders.

Their opinions are based on ignorance and emotional manipulation.

What I am trying to figure out is how do you change this narrative.

Most of the people in these polls are not studying history, issues, etc. The question then becomes what is driving the anti-Israel sentiment-especially in the last couple of years. I doubt the sentiment is driven intellectually but is being driven more by marketing if you will.

I like this comment very much because it is fair and not coming from a Jewish pro-Israel ideologue.

What I want to address, however, is this line concerning presumably the western-left and their feelings about Arabs who live in Israel:


They see them as oppressed maybe even innocent or righteous!

The western-left views Arabs as the innocent, indigenous victims of Jewish-Euro-White "settler-colonialism." It is for this reason that the European Union and the Democratic Party, not to mention the United Nations, literally fund the murder of Jews in the homeland of our forefathers and honestly believe that they are doing so from a moral standpoint. Academic anti-Zionists have been making the same false claim from Edward Said to Rabab Abdulhadi and Hatem Bazian.

This is one of the biggest problems that the Jewish people need to overcome. Diaspora Jews are overwhelmingly "progressive" -- whatever that means, exactly -- but the progressive-left is increasingly an enemy to the Jewish people through supporting hostility to the lone, sole Jewish state.

The general trend -- since Trump had the cajones to throw his hat into the political ring -- is to draw an equivalency between "alt-right" antisemitism and progressive-left antisemitic anti-Zionism. As a liberal, I very well understand this inclination to be fair-minded and suggest that the problem lies with the fringes on both sides.

This popular analysis is false.

There is, unfortunately, a mainstream "progressive" contingent that is openly anti-Israel and antisemitic and we all know it.