White People Are The Indigenous People Of North America. 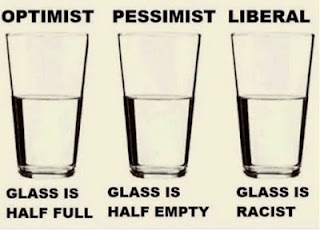 Crazy you say? Nutty you say? I want some of what he's smoking you say?  Well, wait a minute. Follow my impeccable logic as backed by the International Community and other woke types as well as Islam.

Jews inhabited the area known as Israel back in the day. Various conquerors drove them out. Arabs eventually immigrated/invaded and became "the indigenous people," of the area; especially those who later named themselves, "Palestinians."  So it came to be that Arabs (from Arabia originally,) came to be the indigenous people of the area once inhabited and ruled by Jews.

See where I'm going with this? I think enough time has passed so that, given this widely accepted model, we can say that White people are now the Indigenous people of North America.

If you have a problem with this, take it up with all the various Pro-Palestinian types out there. I don't make the rules.
Posted by Doodad at 6:54 PM