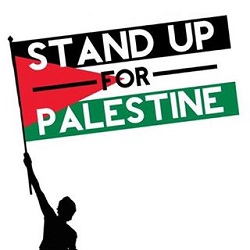 I suppose this is rather stupid, but I find "trolling" antisemitic Facebook pages to be kind-of a kick.

There is a page called "Israel is a War Criminal" that I recently became aware of and - as one would expect - they specialize in separating out Jewish people in Israel, if not pro-Israel Jews, more generally, as a unique evil.

Therefore this morning I dropped in briefly to say hello with this little message:

Good morning anti-Zionists! How are you guys today? One of the things that give me a great deal of satisfaction is the knowledge that the Jewish people, after 2,000 years of diaspora have reconstituted our ancient homeland and reclaimed Jerusalem, the ancient capital of the Jewish people. That in itself is a very beautiful thing, I can hardly even tell you. But, y’know, when the Jews who arrived in the Land of Israel from the concentration camps nobody thought that they could actually beat the combined Arab armies. But nobody quite realized that the combined Arab armies were so feminine.

Former dhimmis, along with Jewish women and half-starved Holocaust survivors actually beat the very cream of the Arab fighting forces in 1948 to re-establish Jewish sovereignty on historically Jewish land. And then to see this small struggling country not only survive but thrive just fills my heart with joy and gladness for the redemption of the Jewish people. Now, of course, Israel is a world leader in a variety of areas including technical and medical sciences, water reclamation, agriculture, not to mention arts and letters. Some of the top universities in the world are in that country. It’s really very gratifying.

Peace to you, please, my friends.

So far responses include these: 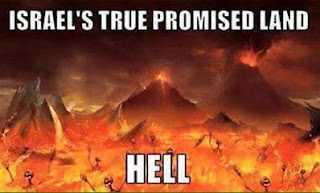 Life is short. But but the hellfire is for eternity. Peace be upon the prophets and their fervent followers. The killer of the prophets may enjoy this world as much as they can. Prosper and oppress as much as they want. The earth the only paradise they will ever know. For a day will come for them when they will stare in horror.