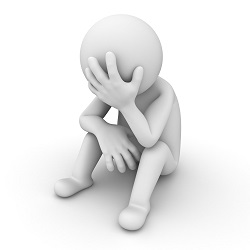 I am watching my former political home, the American progressive-left, rip itself into ideological pieces.

In an apparent effort to reconcile the irreconcilable - i.e., the multicultural ideal (as represented by Sharia) with universal human rights (as represented by western feminism) - it is throwing Enlightenment liberalism, and with it the tradition of rational discourse, directly into the toilet.

Things have gotten so bad that in the universities the very notion of rational discourse, as we received it from Enlightenment, is increasingly viewed as a racist, sexist, heteronormative social-political construct designed to serve the white patriarchal power structure.

Here, for example, is an uncomfortable truth that illustrates the tension between multiculturalism and universal human rights within the progressive-left, but which they refuse to even discuss:

You cannot favor Sharia and be feminist both at the same time.

Sorry, Linda, but this is one of those reasons why I call my Elder of Ziyon blog "Acknowledging the Obvious."

I have no doubt that since Linda Sarsour recently sprang into the national spotlight off the political corpse of Hillary Clinton that there have been any number of people trying to square this circle. If someone can point me to a source wherein that was accomplished - where Sharia law and feminism were intellectually reconciled -  I would like to learn of it because maybe I am wrong.

What do I know? I make no claims of expertise in Sharia.

All I know with certainty is that the Jews who refused to allow themselves to be chased out of Israel by the Romans faced thirteen centuries of oppression and persecution under that juridical philosophy in the centuries between Muhammad and the Ottoman defeat in World War I.

Although the rules of "dhimmitude" varied from place to place and century to century within the Islamic world, Jews, along with other dhimmis, like Christians and Zoroastrians, could not build homes on land above those of Muslims. We could not ride horses. We could not carry weaponry and had no rights of self-defense, nor access to courts of law. While the Byzantines may have used the area around the Western Wall for a garbage heap, the Muslims simply built a mosque above what was the Hebrew Temple and declared the holiest site of the Jewish people as forever non-Jewish.

And it is not as if this is merely some abstract, irrelevant, historical detail from the past.

It is not as if I am merely holding a historical grudge.

It is at this historical moment, like every other for century upon century, that popular Islamic preachers regularly call for the murder of Jews. Yet much of the left provides them with cover by portraying the Jews in the Middle East as the oppressors of the innocent "indigenous Arab" population.

Thus, if an American Jew, such as myself, so much as suggests that keeping jihadis out of the United States is a good idea we are subject to progressive-left contempt. Who are we, after all - we grandchildren and great-grandchildren of Jewish immigrants from the Pale of Settlement - to deny succor to Arab children of war? Who are we beneficiaries of American generosity to deny that generosity to others?

These would be terrific questions were they not entirely otherwise.

Most Jews do not want to see jihadis move in next door because Sharia is a political theory that spells violent Jewish subjugation. Opposing the Jihad is no more prejudicial toward Muslims than opposing Nazism was prejudicial toward Germans. We do not have a problem with Muslim immigration into the United States. We do have a tremendous problem, however, with the importation of the Jihad into the United States as we are seeing currently in Europe.

Jihadism is a theo-political philosophy, an aspect of Islam, that calls for the spread of Sharia throughout the world. People who oppose the rise of political Islam are constantly told that all Muslims are not jihadis.

Let me assure you that we know this, already, but that is not the point.

We also know that this rhetorical tactic is a diversion. It is a method of evading the necessary national conversation around immigration policy. But, if anyone thinks that opposing the Jihad is the same as opposing Muslims, in general, then it is they who think of all Muslims as crazed head-choppers seeking the reinstitution of the Caliphate, not their political opponents.

Meanwhile, the Democratic Party and the progressive-left are basically telling their Jewish constituency that if we wish to remain in good-standing we must embrace the arrival of hundreds of thousands of people from a culture that despises us and harasses our kids on university campuses throughout the West.

These are the same universities that turn a blind eye, or - as in the case of San Francisco State University - actually support and defend student groups calling for the murder of Jews. When the anti-Zionist contingent at SFSU confronted the mayor of Jerusalem, Nir Barkat, on that campus, they cried out, "Intifada! Intifada! Long live the intifada!" This is nothing less than shouting for the racist murder of the Jewish people directly into the face of a prominent Jewish leader among Jewish students and staff at an allegedly "liberal" college.

The irony is rich.

Nonetheless, SFSU president Leslie Wong believes that the General Union of Palestine Students (GUPS) "is the very purpose of this great university."

The reason for all of this ideological chaos and inconsistency is because the progressive-left is increasingly anti-liberal and thus increasingly in opposition to its own professed values.

We see it at UC Berkeley when leftists beat the holy crap out of Trump supporters or pepper-spray them in the streets.

We see it when they demand ideological conformity over free speech and, thus, undermine not only the honest interrogation of ideas, but the very foundation of social justice, to begin with.

This decline in significance of universal human rights led, in recent decades, to the progressive-left and Democratic Party betrayal of women, Gay people, and minorities throughout the Middle East, the emergence of the new politically-correct racism at home, suppression of freedom of speech on the campuses, and the rise of left-leaning antisemitic anti-Zionism throughout the West.

The progressive-left has, in fact, betrayed us all, particularly those of us who counted on it the most.