For the first hour this week, Michael Burd and Alan Freedman focus on the plight of the Jewish community in the UK as it is facing a rise in antisemitism and a hostile Labour Party – Michael is overseas and was recently in London, and he sat down with English blogger Richard Millet in London to get his views on these issues.

Then the fellahs speak with academic Denis MacEoin concerning an article written by an English bishop, and move on to discuss Jeremy Corbyn.

In the second hour we hear from Israeli commando Daniel K from the Duvdevan Unit of the IDF (the TV series Fauda was based on this unit) and then catch up with Tamar Yonah from Israel News Talk Radio who runs a program that discusses issues in a similar way to Nothing Left.

Michael and Alan also have something to say about the ABC’s coverage of the Gaza conflict and what the Australian Jewish Association did in response. 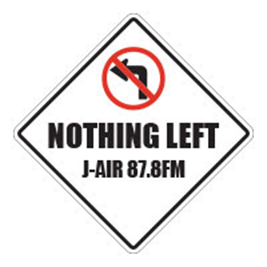 Here is this week's episode of Nothing Left ...


NOTHING LEFT can be heard live each Tuesday 9-11am on FM 87.8 in the Caulfield area, or via the J-Air website www.j-air.com.au