{Also published at Jews Down Under and the Elder of Ziyon.} 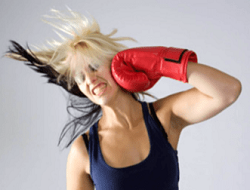 The Democratic Party is sabotaging its Jewish constituency and, thereby, in some measure, punching itself in the face.

It has put American Jews -- who are traditionally among the most loyal Democrats  -- into the position of having to choose between a political party and our own families... our own people.

In 2008, I was part of the 80 percent of the American Jewish population who voted for Barack Obama. In 2012, I was not part of the 70 percent who did so. The main reason that I refused to vote for Obama in his second run for office was because I deeply resented his insistence that he had every right to tell Jews where we may, or may not, be allowed to live on our own ancestral homeland.

My intention is not to make a broad argument for Donald Trump, nor is it to erect an argument for either the conservative movement or the Republican Party.

In fact, I am not mounting an argument at all. I am merely asking a question. It is this:

Why is it that of all the minority constituencies of the Democratic Party only the Jewish minority is thought to be morally obligated to sacrifice the well-being of their own children in deference to that party and in deference to progressive-left ideology?

The answer to that question has two interrelated parts.

Democratic socialists such as Alexandria Ocasio-Cortez and Linda Sarsour are increasingly coming into prominence. These young up-and-comers tend to be friendly with the likes of racist Louis Farrakhan, much like some of their seniors in the party, and generally favor the hostile Arab majority against the Jewish minority in the Middle East.

The fundamental idea behind "intersectionality" in practice is that the world is comprised of the oppressors and their oppressed. Thus the oppressed must join together in opposition to the oppressors who persecute them through "White Male Privilege" and cold, hard cash. They are presented as oppressed in a common fashion grounded in "white" imperial racism and various forms of gender-hate. It is for this reason that they connect Ferguson, Missouri to "Palestine" because they see their concerns about both as derived from the same malicious source... you.

Furthermore, intersectionality has created a loose hierarchy of oppression with Arab men, strangely enough, at the top. Arabs and Muslims and "people of color" and Gay people and transgender people and Black people are near the summit of the hierarchy.  White women have actually dropped a few rungs in recent years, presumably due to their unfortunate association with white men.

The oppressors are generally understood to be white people, the wealthy, and "Zionists." Much of the American-left considers the Jewish people to be all three. I like to say that we have hit the politically-incorrect trifecta!

But this leaves those American Jews who care about their brothers and sisters in the State of Israel in a serious political dilemma. Those of you who are American Jewish Democrats or "progressives" are essentially being told that you need to choose between the Jewish people and the Democratic Party and the political ideology that drives it. On the campuses, if Jewish students dare to stand up for themselves and their people, they are shouted down as Nazis and shunned by many of their peers.

The irony is that those doing the yelling and screaming like to think of themselves as the ideological children of Martin Luther King, Jr. who's foremost message was that we should judge people as individuals, not as representatives of an ethnicity or gender. Thus what we are witnessing in the rise of progressive-left intersectionality is an ironic insistence that the Jewish people cease to defend themselves in Israel out of moral consideration for minority groups. And, furthermore, we are to do so based on a blatantly hypocritical political ideology that has given up its fundamental liberal core as represented by Martin Luther King, Jr.

So, why not vote Republican?

At least it may teach the Democrats not to take the Jews for granted.