The Insidious Logic of Volleyboy1 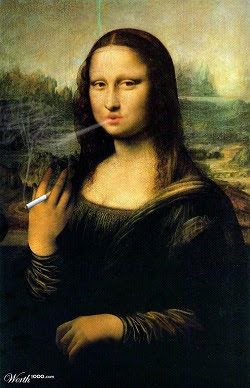 I want to thank Volleyboy1 for his recent foray into our little neck of the Judeosphere.

Do you know the man left 42 comments in just two days?  In fact, at one point I checked the "recent comments" list and, to my astonishment, saw nothing but Volleyboy1s.

I am convinced that this is an all-time Israel Thrives record and VB should be commended.

42 comments in two days takes tenacity and you have to admire that... I guess.

As you can imagine, within 42 comments there is much going on.  Just ask Trudy.

I, however, want to stick to the initial point.


there is no question that Obama has continually pressured Israel in a very public manner and refuses to do likewise with the Palstinian-Arab leadership. Abbas demands a Judenrein "Palestinian" state and no one, including the President of the United States, seems to mind.


"No one" minds because there is nothing to pressure the Palestinians with.

The audacity of this statement is fairly mind-boggling.  It is as if to say that anti-Jewish racism is just dandy because there is nothing that anyone can do about it, anyway.

Is Volleyboy1 suggesting that the Palestinian-Arab people are unique upon the planet in being absolutely immune to international pressure?  The implication, quite obviously, is that only the Jews are susceptible to pressure and he apparently approves of this, which is why he spoke in friendly terms of J Street for some while and may very well have been a member.

Volleyboy1 points out that the US already supports Israel at the UN, although such "support" is getting shakier by the moment under the current hostile administration.

Volleyboy1 also notes that the Obama administration is not actually giving weaponry to the PA or Hamas.

Yes, well, I am very grateful that the Obama administration is not supplying Hamas with weaponry with which to kill Jews.  That is exceeding gracious and I appreciate it and the Jewish people should thank Barack Obama every chance that we get.

That seems to be the argument.


So what exactly can the U.S. do to the Palestinians? Would you like President Obama to speak against P.A. rhetoric. He does that.

The unfriendly president of the United States agrees with Mahmoud Abbas that any future state of "Palestine" must be free of Jews.  This is not a matter of "rhetoric," but of policy and it is a toxic policy that he has not disavowed.


You ask: Is Barack Obama opposed to the idea of a Jewish state? Perhaps not.

The answer is not "Perhaps not". I just showed you above that he expressly supports a "Jewish" State. It is just not the version of the State that you, or the Republican Party, or Conservative Americans, or the Israeli Right might support...

How the hell can Barack Obama support a Jewish state while also supporting the Muslim Brotherhood at a time when they were calling for the conquest of Jerusalem during Morsi's electoral campaign?

And just what is this insidious "version" of the State of Israel that Volleyboy1's right-wing, conservative, Republican, Likudnik, Orcish enemies are conjuring up that he opposes?

Just who are these Jewish enemies of the Jewish people that Volleyboy1 wants to save them from... aside from you and me?

This is pure stupidity.

Of course, the US and the EU could do enormous things to pressure the Palestinian-Arabs if they wished to.

They do not wish to.

For Volleyboy1 to think that the international community is helpless before Palestinian-Arab malice is both weird and irrational.

It hardly needs to be argued against because it is nonsense on its face.

The EU and the US could defund the PA.

The EU and the US could speak out strongly against Hamas and PA incitement to violence and genocide against the Jewish people, but they do not and Jews like Volleyboy1 are OK with that.

For two years, prior to the stupidly-named Operation Protective Edge last summer, Hamas and affiliates bombarded southern Israel with thousands of rockets making the part of the country around S'derot to be almost unlivable.

Did Obama stand up and say "no"?

Absolutely not.  The Obama administration only got agitated when the Israelis finally stood up to say that enough was enough and only then did the administration step in to save Hamas from Israeli retaliation.

Volleyboy1's version of Israel is as a country that is both weak and highly dependent on the good-will of its enemies.

And as for what would replace the PA, does it matter?

Oslo is over and we need to stop thinking in Oslo terms.

It is time for Israel to move on, if people like Volleyboy1 would stop clinging to their guns and their gods and allow it to do so.

Ultimately, however, the real problem for the Jewish community from people like Volleyboy1 is that he, and those like him, divide us between acceptable Jews (like Barack Obama) and unacceptable ones (like actual Jews).

I sometimes get the sense from this guy that he is keeping a list.  Good Jews and Bad Jews.

The Worthy and the Unworthy.

Some are in and some are out and Volleyboy1 - who has arrogantly wondered aloud why I simply do not move to Israel - gets to decide.
Posted by Mike L. at 8:01 AM