The truth about Susiya

With the New York Times publishing a plea by Nasser Nawaja to Israel not to evict him from his home in Susiya in its op-ed page today, it is time reiterate the truth about Susiya. The Palestinian narrative claims that they lived there since being expelled from Israel during the 1948 war and faced a separate expulsion threat in 1986. However, this aerial photograph from 1999 shows that as of then, there was no permanent settlement in Susiya. Subsequent to then, Salam Fayyad decided to expand Palestinian territory by creating facts on the ground in Area C. This involved Palestinians from the nearby village of Yatta setting up tents in Susiya, the PA providing mobile water tanks, and more permanent structures popping up with EU support from under the tents. The results of these fact-making activities can be seen in this aerial photo from 2013 with the area circled in red changing between the two photos. 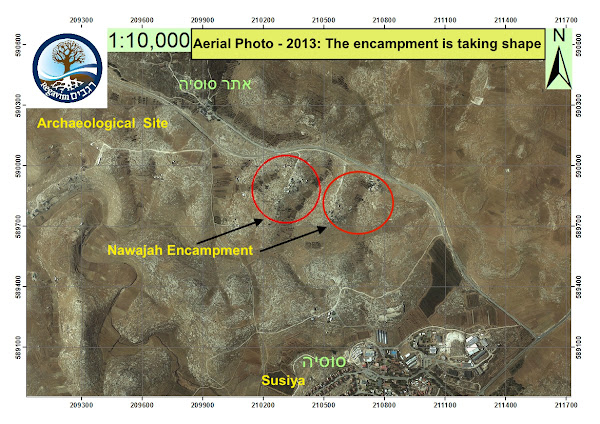 Update: Links have been added to the picture to allow a larger/clearer view.

For more information, watch this video from Regavim, the organization that provided the above photos.
Posted by Sar Shalom at 2:26 PM