Israel is a "Burden" to the Democratic Party 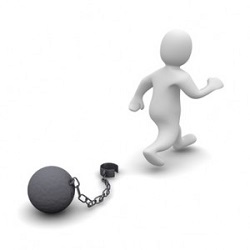 In a recent piece by Times of Israel staff we learn that, according to the Brookings Institution, a majority of Democrats consider Israel a "burden."

The great majority of Americans, however - 76 percent - disregard Democratic Party disdain for the Jewish state and see Israel as a "strategic asset." And they should. Aside from all the medical and technological breakthroughs that Israel is responsible for, it is also one of best allies the United States has in the world. Israel not only shares key intelligence information with the US government, it is also a bulwark of liberal democracy in a part of the world famous for brutal, head-chopping theocratic regimes that loathe both countries on religious grounds.

But none of this is new.

The Democratic Party betrayed the State of Israel and the Jewish people when it decided that making a home for itself of anti-Semitic anti-Zionists was a dandy idea. In almost any political venue controlled by Democrats anti-Semitic anti-Zionists hold a well-respected seat at the table alongside the Jews that they perpetually spit at as racist, colonialist, imperialist, militaristic, apartheid, scum.

From Daily Kos to the National Democratic Party, Jewish Democrats are taken for granted and held in contempt. And why shouldn't they be? American Jews are at least as slavish to the Democrats as are American black people and the party leadership knows it. This is why they did not hesitate to put up an anti-Zionist, like Keith Ellison, as the primary contender for DNC Chair.

After listening to arguments, I've decided that Democrats are right to back Ellison. Ellison is staunch in his support of the party, he is the first Muslim-American to join the ranks of Congress, and he, in both votes and values, represents the character of the Democratic Party as it is in the early twenty-first century.

A Touch of Historical Backdrop

From FDR to the present, great numbers of Americans viewed the Democratic Party as the vehicle for the people. If the Republicans allegedly represented the party of uncaring plutocrats, the Democrats developed a reputation for standing with American workers, the labor unions, and the regular people. Rolling into the 1930s and the Great Depression, government and business ruled the United States. It took many decades of fighting and dying for the labor movement in the US to earn the recognition and power that it received under FDR and the New Deal, thereby creating the economic possibility of a burgeoning American middle-class after World War II.

Following that war, American liberalism shifted from a focus on labor to a focus on ethnic minorities, or what you might call "rights liberalism," which would come to dominate Democratic politics in the form of "identity politics" by the turn of the century. So, for many of us growing up on the coasts following the Vietnam War, politics seemed simple and Manichean. It was a black and white choice between the forces of freedom and fairness versus the forces of traditional repression and prejudice.

In the early 1980s, however, the American cultural-political zeitgeist shifted quickly under president Ronald Reagan. Suddenly, according to singer-songwriter Huey Lewis (who I loathed) it was "hip to be square" and American college students shifted from a focus on the humanities and social sciences to business administration and the art of money-making. What those of us who held fast to the earlier, 1960s visions of our older brothers and sisters did not at first realize was that the social justice vision of American politics was strengthening beneath the surface of Reagan's America. It may have been a New Day for American conservatism, but the ideological children of Abbie Hoffman, if not Robert Kennedy, were gaining power just beneath the surface of American public life, particularly at the universities.

For many liberals it seemed that Reagan had done such a good job of trashing their political movement that they changed their primary self-identifying term from "liberal" to "progressive." The American Left was so savaged by the Gipper that by the end of the 1980s the very word "liberal" had fallen into disfavor. By the 1990s, when we were all familiarizing ourselves with Bill and Hillary, the progressive-left moved back into the foreground, yet seemed entirely incognizant of the amazing strides that the American people had made concerning fairness and decency toward ethnic minorities, women, and Gay people in the previous decades. By the Era of Clinton, the bad old days of de jeure racism was long over, Gay men and women were emerging from their closets, and almost everyone considered female corporate executives as natural as daytime.

Things were not perfect, and things will never be "perfect," but the United States had come a very long way in a very short period of time toward equality of opportunity for all Americans, regardless of ethnicity, gender, or sexual orientation.  Instead of acknowledging this and moving forward in a potential spirit of harmony, the progressive-left during the Obama administration used gender, race, and class as political weaponry with which to demean, defame, and even ruin the lives of people who might fairly disagree with them on substantive issues.

Political Correctness became stifling to thoughtful people who realized it was no longer about fairness toward others, but about ideological bullying, repression of alternative thought and speech, social shaming, and legal harassment for the purpose of political dominance and power.

In this way, perfectly reasonable questions concerning the rise of political Islam became entirely verboten among the allegedly "sophisticated" on the coasts. Likewise, Americans who saw the chaos and violence and rapes associated with the Muslim immigration crisis in Europe, and who dared raise concerns, were lambasted as the worst people on the planet. Furthermore, Jewish American college students who support Israel, and thus the movement for Jewish freedom, were spit upon as baby killers and racists and supporters of genocide by those who claimed to represent the Left.

There were many reasons why Hillary Clinton got beat. The common wisdom is that a combination of angry white working-class racists and fearful white upper-class racists did Hillary in. As we got closer to November the progressives and the Democrats beat the drum of racism and sexism and hatred so intensely that they scared the holy hell out of their own children who hoped not to be snatched out of their beds by Nazis or Klansmen by the morning of November 10.

And this represents a major, and largely overlooked, reason why Democrats and progressives were weeping into their beers the next day. You cannot go around telling regular Americans, of any ethnicity, that they're a bunch of heinous racist, sexist, Nazis and then expect them to support your candidate.

However, if the Democrats believe that Israel is a burden to the United States then they need to bring in Representative Ellison to help relieve them of that burden. We all know about Keith Ellison by this point. He's an anti-Zionist who promoted the notion that Israel is an "apartheid" state, who voted against funding Israel's Iron Dome defense system, and who was a long-time admirer and supporter of Farrakhan's anti-Semitic (and stone-cold crazy) Nation of Islam.

Nonetheless, the Democrats should bring in Ellison as Chair of the DNC because it's important to Jewish people that they stop playing hide-the-salami with their anti-Zionism.

It's just good to know where people actually stand.
Posted by Mike L. at 9:21 AM