Obama Throws Israel Under The Bus. 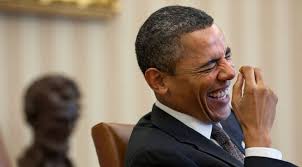 Did we really expect him to do otherwise as his presidency ends?

By SOMINI SENGUPTA and RICK GLADSTONEDEC. 23, 2016

The administration’s decision not to veto the measure reflected its growing frustration over Israeli settlements, and broke a longstanding American policy of serving as Israel’s sturdiest diplomatic shield at the United Nations.

This is disgraceful. Trump nearly stopped it by appealing to Sisi but several other nations (Malaysia, New Zealand, Senegal and Venezuela ) did an end run around that and introduced the motion themselves allowing the Obama admin to take their cowardly revenge on Israel.

Shame on them, the UN and the traitorous Obama. I really thought he had more class than that. Boy was I wrong.

Trump in the meantime has said:

Kossaks are thrilled; another reason I consider it a badge of honour to have been banned from that anti-semitic swamp.

I for one will glad to see the back end of Obama.
Posted by Doodad at 7:01 PM