The Democratic Party has Tuned Out the Jihad... if it ever tuned it in to begin with 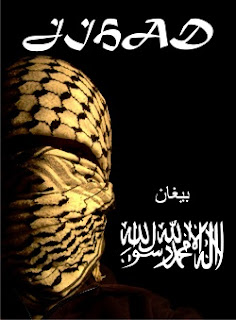 The Ohio State University Jihad attack a few days ago did not really happen.

Or, to be more precise, for many Americans it did not really happen because they simply don't care about Islamic theological violence against their fellow Americans. The reason that many Americans, particularly of the progressive variety, tend not to care about this kind of violence is because to do so is considered "racist" by president Obama, the leadership of the Democratic Party, and the elite media.

Koranically-based attacks on innocent Americans are, therefore, perceived like the weather. A typhoon or a flood or an earthquake may happen now and again, but what can you do? You cannot dwell on such things. They are simply "acts of God" and there is very little to be done or said, for most of us, beyond, "Gee, how unlucky."

The truth is that the Ohio State attack will, with the obvious exception of 9/11, slide down the memory hole along with all the others. Abdul Razak Ali Artan, apparently inspired by the Palestinian-Arab "car ramming intifada," put eleven people in the hospital for reasons of Muslim religious intolerance while Democrats cannot even bring themselves to utter the words "radical Islamic terrorism."

We know, however, that the attack was done for religious reasons - and was thereby a Jihadi attack - because Abdul told us so on a recent Facebook posting where he wrote, "By Allah, I am willing to kill a billion infidels." It should also be noted, shamefully enough, that ONLY conservative outlets are covering this angle of the story.

The problem is that after eight years of Obama administration, and Democratic Party, obfuscation concerning the rise of political Islam people are terrified to so much as discuss the matter lest they get smeared as racist... which is part of the reason that we just saw the election of Donald Trump to the presidency. Progressive-left Democrats are not afraid that if they speak out against the most fascistic and widespread political movement in the world today that some crazed Shaheed will leap from the bushes with a scimitar, but something far worse. They are afraid that their own friends will look down upon them as Neanderthal racist pig farmers.

So, people won't discuss the Jihad because there is too much at stake. Friendships and reputations and, even, employment can be at risk. In Europe one can literally go on trial for questioning immigration policy in manners too blunt. Alternatively, in the United States we tend to apply social and economic pressure, rather than the direct threat of imprisonment, for crimes of political incorrectness.

Furthermore, in the US we all understand that the good people favor open immigration, because the US is a country of immigrants. It's only the bad people - the rat-bastard racist Trumpeteers - who want to significantly screen Arab-Muslim immigrants for ties to political Islam. Those who prefer open borders, however, insist that just as our ancestors came to this country with no intention other than to build better lives for themselves and their families, so people throughout the Middle East and North Africa are likewise seeking better lives.

And, needless to say, no one should be more cognizant of this than American Jews, such as myself.

{My parents had me rather late in life, but my father came through Ellis Island as a baby in the arms of my grandmother early in the twentieth-century from the Ukraine via Argentina. They fled the Ukraine and the town of Medzhybizh which, as it happens, was the birthplace of the Chasidic movement. The Nazis also paid a visit to my paternal ancestral hometown in Operation Barbarossa during World War II. Were it not for my family's earlier departure, not a one of them would have survived, chances are.}

But, the point is that there is intense social pressure within the United States to avoid discussing either the Jihad or the potential problems with large-scale Arab-Muslim immigration. Consequently, we rarely even think about these questions, because as human beings we tend not to fret about things which have no real place within our cultural-political frameworks. So, because we don't discuss it, we don't think about it, and because we don't think about it we don't pursue vital questions around such issues.

It is for this reason that the great majority of Americans have not the slightest clue what is happening in Europe, particularly in Germany and Sweden, under the burden of mass Arab-Muslim immigration. They don't know about the Rape Game called "taharrush" or rising rates of immigrant crime or the never-ending violent conflicts with the cops and the indigenous population. To the extent that Americans have even heard of figures as Geert Wilders, they are vaguely dismissed as the irrational and hate-filled vestiges of hard-right White Supremacy in Europe.

Thus most Americans, like most Europeans before them, are simply tuning out the Jihad when it arrives in their own neighborhoods.

The Obama administration refuses to acknowledge it, the major media barely discusses it, and virtually no one in the Democratic Party does so beyond smearing the reputations of those of us who would like to open a national discussion on the question.

The truth, of course, is that there is nothing the least little bit "racist" about opposing Koranically-based violence in the United States, or anywhere else, for that matter. Opposing Islamic terrorism is no more racist than opposing German National Socialism or Soviet Communism. It has nothing to do with skin color or ethnicity and everything to do with a political-theocratic ideology that demands the submission or death of the infidel, the violent elimination of Gay people, the conquest of Jerusalem, and the complete domination of women.

And this is part of the reason why Trump took the White House.

Perhaps things will change when, or if, liberals rediscover their liberalism.
Posted by Mike L. at 6:52 AM