The New Center versus Blood in the Streets


"Traditional labels are becoming increasingly meaningless as people realize that the battle is no longer Democrat versus Republican, nor is it 'us' versus 'them.' The battle lines are now those who are truly for freedom versus those who would stifle it in the name of tolerance or in the name of security." - Dave Rubin 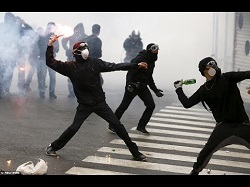 This is, without question, the single most interesting and horrendous political moment in my lifetime. It is fun. It is frightening. It is painful.

And it makes absolutely no sense.

For decades, since the rise of the New Left during the Vietnam War, the progressive-left has relentlessly banged the drums of race, gender, and class into the American political consciousness.

This is because the most important strides in American social well-being, from the abolition of slavery to the rise of feminism and the labor movement, resulted directly from competing political trends concerned with notions of the "common good" in conflict with notions of "individual liberty" as derived from European Enlightenment political principles going back to Magna Carta.

It is for this reason that they are embedded in the Preamble to the Constitution of the United States as the imperative to "promote the general Welfare" while securing "the Blessings of Liberty." These twin western ideals, however, are in constant tension. The more government promotes the "general Welfare" the more it tends to infringe upon the rights of the individual, as we learned from the communist experiment in the twentieth-century. However, the more government emphasizes the freedom of the individual the more it tends to infringe upon the common good, as we learned from laissez-faire nineteenth-century industrial capitalism.

As I write this I am looking at a very old pamphlet that a dear friend gave me a number of years ago.

It is entitled, The Injustice and Impolicy of the Slave Trade, And of the Slavery of the Africans: Illustrated in a Sermon. It is an original edition of an address "Preached before the Connecticut Society for the Promotion of Freedom, and for the Relief of Persons Unlawfully Holden in Bondage."

It was delivered by Jonathan Edwards, Doctor of Divinity, in New Haven, Connecticut, on September 15, 1791 and published by Thomas and Samual Green in that year. Edwards was the son of the famous American theologian of the same name who published in 1741 "Sinners in the Hands of an Angry God", one of the very first great works of American letters.

I treasure this gift because it serves as a constant reminder of living history and the progress toward justice from Hebraic Scripture to the present.

Questions around justice for marginalized groups are at the very heart of the ongoing western conversation which is precisely why issues of race, gender, and class are stressed by the progressive-left. It is through addressing race, gender, and class that the intelligentsia hoped to moderate the social, political, and economic playing fields.

In recent decades, however, the drumbeat has grown steadily louder, wider in scope, and more unremitting throughout the Obama administration.

It was evident to me a number of years ago that left-leaning disgust with the United States increased in direct proportion to American gains in social justice. Also, for the first time ever, the United States has a First Family with Jewish people in it. Holy smoke! I never saw that before.

Yet a Jewish friend of mine calls President Trump, Reichsführer Trump.

This amazing anger, coming from not only the hard-left but also the center-left, has less to do with Trump, himself, then it has to do with the fact that neo-progressivism has turned issues of genuine social concern into ham-fisted clubs with which to beat back political infidels. Having come to its greatest power under the Obama administration, the Left used the political weaponry at hand - charges of racism, sexism, and homophobia - as a means to kick anyone who failed to meet politically-correct imperatives.

Some people suggested that the malice would soften in the weeks and months coming into the inauguration and then the media (and the people) would simply judge this presidency in the normal illiberal and highly partisan manner that we judge all US presidencies.

This has turned out not to be the case.

Instead the pitch of screaming anti-Trump hysteria actually increased, which is why we have close to forty congressional Democrats outspokenly refusing to attend the ceremonies today and a movement for impeachment already underway. All of this obviously reflects the roiling social-political divisions within the United States at this crux in history.

There has been nothing like this moment since 1968 and some people will pay with their lives... that is, when they aren't being tortured for being the wrong skin color while live-streamed onto youtube.

Following the Vietnam War neo-progressivism made remarkable advances in this country. Despite robust challenges by the New Right (under Reagan) and the Evangelicals in the 1980s, American women, Gay people, and ethnic minorities fought for, and earned, far greater political acceptance and opportunities today than at anytime in the past. Not only has the United States overcome de jure racism but it has institutionalized a series of measures, such as Affirmative Action, which are designed to push in the opposite direction... an advantage that my grandparents did not have when they were chased out of Medzhybizh, Ukraine, in the early 1920s and came to the United States.

Yet this is also the moment of the greatest social unrest in the last fifty years. 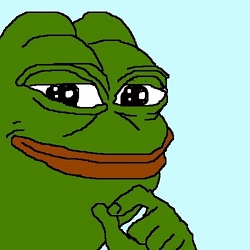 The first question, obviously, is why now?

The answer taken for granted out of the Left is that the Trump campaign gave the symbolic go-ahead to the white, sexist, nationalist "alt-right"... that virtually none of us even heard of until suddenly Pepe the Frog dropped in for a chat.

Left-leaning fear is that whatever gains, if any, that "marginalized groups" made during the Obama years will be drowned in a wave of backward-looking conservatism and the kind of neo-racism represented by figures as unlikely as Milo Yiannopoulos and his Breitbart partner-in-crime, Trump chief strategist Steve Bannon.

The second question is, how do we want to approach our politics going forward?

Anyone reading this is engaged in social media.

Within social media there are new political seedlings poking up through the digital rubble.

Although I find him to my right on economic issues - because he classifies himself as a "classical liberal" - Dave Rubin of the Rubin Report is an exceedingly interesting guy who exemplifies what he calls "the new center." If so, it owes something to both Jon Stewart and the "New Atheism" of scholars and scientists like Richard Dawkins, Sam Harris, Christopher Hitchens and Daniel Dennett, collectively known as the "Four Horsemen of the Non-Apocalypse."

This "movement" - if it even warrants such a term at this point - is not centered on atheism, despite its atheistic influences.  Its primary values are rationality and liberalism in contrast to political emotionalism and authoritarianism, whether coming from the traditionalist right-wing or the politically-correct Left. For this reason it honors open discussion and freedom of speech over the kind of in-group / out-group political bullying that we have become so accustomed to and that Political Islam has taken to its ultimate expression.

Those of us who come out of the progressive-left and the Democratic Party, but who are no longer interested in either, might consider this emerging new American politics.

If you have read this far you should take six minutes and give this guy a listen.