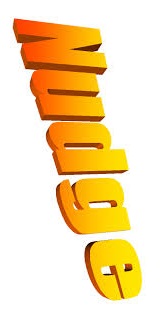 Perhaps Donald Trump gave the Arab-Israel conflict the nudge that it needs.

It is fascinating to see the various objections that many pro-Israel Jews have for United States recognition of Jerusalem as the capital of Israel. Some people oppose the move primarily out of disdain for Trump or because they consider Trump so toxic that he will inevitably poison what otherwise might be a good move. Many Israelis, needless to say, find the whole thing insulting. They know where their own capital is, for chrissake, and they don't need anyone else to affirm it. And everyone, of course, is concerned about violence and one Palestinian-Arab has been killed as I write during this first "Day of Rage."

One of my favorite arguments, however, represented only by a deranged minority, actually considers Trump's recognition of Jerusalem as antisemitic. Imagine that. The idea is that Trump only made this move as a cynical gesture to the Christian Evangelical base. American Evangelicals - or so goes the story - merely appreciate Israel as a vehicle for some crazed eschatological, End-of-Days scenario wherein Jesus will return and show Adolph Hitler and the Catholic Church just how best to deal with the Jews.

It is pure nonsense, of course, but interesting to ponder in a warped kind of way.

And, finally, there is the prominent idea among the politicians and intelligentsia - and the EU and the PA and the UN and the US Department of State and, say, Swedish people - that this will kill the "peace process." I do not know about you, but I increasingly have come to suspect that the purpose of the "peace process" is not so much about peace as it is about the "peace process."

We are coming on twenty-five years since Yitzhak Rabin foolishly shook the hand of that rotten old bastard, Yassir Arafat, and somehow it did not fall off.

In any case, the Arabs are going bonkers, as we are seeing in the streets of eastern Jerusalem and elsewhere, and people will be killed out of Koranically-based religious mania.

{And make no mistake, the entire conflict is grounded in Koranically-based religious mania. Does anyone believe for a single second that if somehow Israel was an Islamic country that the rest of the Islamic world would be so perpetually vexed at its existence? Of course, not.}

Two of the biggest mistakes that Israel made, historically, were giving up control of the Temple Mount to the Waqf and inviting Arafat back from Tunis for that insidious handshake. The stupidity on both counts was monumental.

Most Democrats and progressives now believe that the Arabs are fighting for "social justice."

Jews lived as second and third-class non-citizens under the boot of Arab-Muslim imperial rule for thirteen centuries. It was never better than Jim Crow was at its worst, but lasted far longer. And when Jewish people finally gained their freedom, the Arab world waged bloody war against Israel, in various forms, from 1948 to the present.

They are seeking to repair the historical continuance of theocratic-imperial domination over the despised Jewish minority, who many believe murdered their prophet.

This is about religious bigotry, not land.

This is about the crudest form of Koranically-based race hatred imaginable and it has been ongoing since the time of Muhammad.

Arab-Muslim kids in the Middle East far too often receive fear and loathing toward Jews with their mother's milk.

Anti-Defamation League statistics on antisemitism in the Middle East show that the most liberal countries are hateful toward Jews into the 70th percentile, while in areas controlled by the Palestinian Authority that number rises into the 90th percentile.

And what this means - as the Palestinian-Arabs never cease to remind us - is that we are facing an implacable foe with the very worst intentions and with what they believe is a divine calling to wrench Jewish control from historically Jewish land... and to do so even within living memory of the Holocaust.

Now, that is quite some brew.

Given the ugly truth above, I increasingly lean in the direction of Daniel Pipes on this question.

I believe it is necessary for Israel to decisively defeat their Palestinian-Arab enemies. And what that means is making it very clear to them that continued efforts to ruin Jewish lives will be met with very sincere consequences.

As for just what those consequences should be, I can only leave to the Israelis.
Posted by Mike L. at 8:39 PM