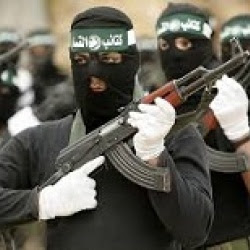 Western progressives like to think that everyone is more or less the same, and although the grubby masses are not nearly as enlightened as they are, ultimately everyone wants the same thing. This being the case it is obvious as day to most on the Left that what we are witnessing in Israel is a "cycle of violence" which is mainly attributable to pernicious Israeli political policies.

This is the primary, fundamental mistake of the western Left viz-a-viz Israel.

What we need to make people understand is that the opposite is true. The Jews of the Middle East, within Israel, have done a remarkable job of standing strong and tall despite the massive opposition of the great Arab-Muslim majority, a people which the western Left holds in racist contempt. Progressives think of Arabs as weak and childlike and, therefore, in need of protection from hostile westerners.

They fail to understand that the Arab nation is one of the great empires in world history and should be respected as such. Because they come from places that are comfortable and safe, western progressives discount the fact that the Jews of the Middle East are people under siege because they think of those Jews as comfortable, white westerners, just like themselves.

In the mean time we read that the Arab League is intent on derailing the so-called "peace process":


Arab leaders whose summit begins in Kuwait Tuesday, March 25, are set to carry hard-line ultimatums for the US-sponsored Palestinian-Israeli negotiations as a means of derailing US Secretary of State John Kerry’s stubborn effort for a peace accord, and as a red flag for President Barack Obama three days before he lands in Riyadh.. DEBKAfile’s Middle East sources report the Arab League summit’s two-day agenda includes a veto on recognizing Israel as the Jewish national state,a resolution that will be binding on all members including Palestinian leader Mahmoud Abbas.

Another resolution would mandate the proclamation of all parts of East Jerusalem, including Al Quds al Sharif (Temple Mount) and the entire Old City of Jerusalem, the location of the shrines of three faiths, as the capital of a Palestinian state. This is diametrically opposed to US and Israeli positions.

Another ultimatum the Arab leaders propose to issue would halt Jewish settlement on the West Bank and Jerusalem, freeze development and ultimately dismantle all traces of a Jewish presence in a future Palestinian state.

Yet another demand will be for “the immediate release of all the Palestinian political prisoners in Israeli jails” – by which they mean all Palestinians serving time after being convicted of terrorist crimes, including Israeli Arabs.

If the Arab League wants the Old City and if they demand that Jews no longer be allowed to build housing for themselves on historically Jewish land and if they are insisting upon the release of murderers (whom they call "political prisoners") from Israeli prisons, then they are signalling that nothing has changed in their stance since 1948.

Until we understand that simple and obvious fact we can never relieve ourselves of this ongoing aggression.
Posted by Mike L. at 9:02 AM