{Cross-posted at Jews Down Under and the Times of Israel.}

The racist harassment of Jewish college students in western universities is a scandal. 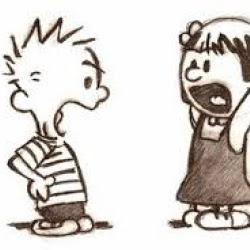 At the University of Michigan, anti-Israel / anti-Jewish student politicos placed fake eviction orders on the dorm room doors of Jewish and pro-Israel students.  As Jonathan Tobin writes in Commentary:


The movement to boycott Israel cloaks itself in the language of human rights. But when push comes to shove, the violent and discriminatory nature of their efforts is hard to disguise. That’s the upshot of a series of events taking place at the University of Michigan this month where advocates of BDS—boycott, divestment, and sanctions—against the Jewish state tried and failed to get the student government at the Ann Arbor institution to approve a divestment measure. But what was most remarkable about the process was the manner with which BDS groups protested their failure by seeking to intimidate those who opposed their efforts. As the Washington Free Beacon reports, a series of sit-ins at student government offices and other campus facilities by BDS supporters were marked by anti-Semitic threats directed at Jewish students. This followed previous attempts at intimidation at the school when pro-Palestinian activists placed fake eviction orders on the dorm rooms of pro-Israel students and Jews.

This is not the first time anti-Israel campaigners have behaved in such a manner at a major American university. Yet what is most distressing about these incidents is the lack of outrage expressed by university officials about these events as well as the refusal of the administration to publicly oppose BDS motions. The result is what may well be another instance of the creation of a hostile and discriminatory environment for Jews at the school in blatant violation of federal civil-rights laws and U.S. Department of Education regulations. By acting in this manner, the BDS movement is merely illustrating that it is a thinly disguised hate group rather than a protest on behalf of the oppressed.

Having recently come off the kerfuffle at San Francisco State University, I very much relate to stories such as this one.  The universities are a key battle-ground in fighting off anti-Semitic anti-Zionism and the heinous BDS movement.  I will never forget walking across the SFSU campus and seeing the Pan-African student organization, in solidarity with the Palestinian-Arab student organization, displaying a poster that showed the American flag filled with 50 little Stars of David.

That moment is seared into my memory, because it is the very first moment wherein I recognized that Jewish people were being driven out of the political home that we did more than most to build.

Since then, sadly, we have come to discover that San Francisco State is actually funding student organizations that call for the murder of "colonizers."  I am still unclear about just who these "colonizers" in need of killing include, but when members of the General Union of Palestine Students (GUPS) hold aloft signs that read, "My heroes have always killed colonizers" they mean Jews.

Whoever else they might mean, they clearly mean the Jews of the Middle East who are daring to defend themselves from never-ending Arab aggression.

If you cannot grasp this obvious fact then you are simply refusing to acknowledge what is before your very nose.  I do not care if you are a university professor or just a run-of-the-mill schmuck.  If you cannot grasp what it means when Palestinian-Arab students publicly call for the killing of "colonizers" in broad daylight on a significant American university campus, then you are not facing reality.

But none of this is new.

Jewish students have been harassed and demeaned on American college campuses for decades if they dare to stand up in support of the Jewish State of Israel.
Posted by Mike L. at 9:53 AM