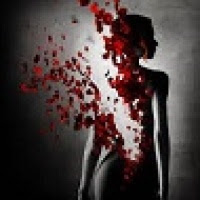 Within a day from the time that United with Israel, and other outlets, reported that the Palestinian Authority claimed that Israel was no longer intending to release Arab murderers of Jews - which the local Arab leadership considers to be a highly egregious example of Jewish intransigence and ill-will - we are now getting reports claiming something entirely different.

Although neither the Jerusalem Post, nor Y-Net, has taken note of this development as of 9:49 Pacific Standard Time, 3/29, both the Jewish Press and the Times of Israel are reporting that not only does Israel intend to release the next 30 murderers, but it is willing to give up an additional 400 violent thugs if Palestinian-Arab dictator, Mahmoud Abbas, continues to sit in a room with Jews beyond the April deadline... for sitting in rooms with Jews.

The Jewish Press tells us this:


A report on the Israeli news website, Walla, said that Israel informed the United States, that not only would it free the 30 terrorists that were supposed to be freed tonight (Saturday night), but also an additional 400 Palestinian Authority terrorists – if Abu Mazen agrees to extend the peace talks for another 6 months.

The 30 terrorists that were supposed to be released tonight include Arab citizens of Israel, and the release has met tremendous resistance in Israel as the names that Abu Mazen demanded released are among the most heinous of mass murderers.

I would think that it would be obvious that releasing Jihadi is probably not in the best interest of the Jewish people or the Jewish State of Israel or the non-Muslim West, in general.

But, what do I know?

If Netanyahu actually does think so then what I think is that it is time for the pro-Israel diaspora community - by which I mean actual pro-Israel people and not the faux J-Street / Peter Beinart-type - to make it exceedingly clear to the Prime Minister that he has made a highly significant mistake.  If Netanyahu hands out more murderers of Jews, to be hailed as heroes and financially recompensed by the PLO, then his government should fail and he would have no one to blame but himself.

Feiglin would walk.  Bennet would walk.  And only G-d knows what Lieberman would do given his recent ideological / strategic reconsiderations.  In any case, we could very well see a crumbling of the current Netanyahu coalition, which leads one to wonder if this was not Obama administration intention all along.  I do not know that it was, but it is certainly true that there was much speculation in the early years of the Obama administration that the US president hoped to overturn the moderate-right Netanyahu government in favor of a more complicit and weak left-leaning government.

The speculation was that Obama wanted to oust Netanyahu and thought that if he pressured Netanyahu and made his displeasure known to the Israeli public that they would turn on their PM.  If so, it backfired.  I have no idea if that is actually what Obama intended early in his administration, but it was certainly one of the theories floating throughout the media.  Nonetheless, Obama did show obvious hostility to Netanyahu and the Jewish Israeli public did not appreciate it and continue, by large majorities, to not appreciate this American president.

And who can blame them?