"Palestine" is a Wraith 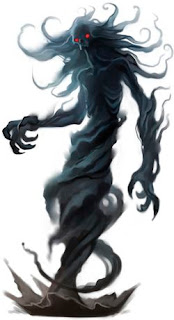 "Palestine" and "Palestinian" are European settler colonial terms for the land of the Jewish people. I think we should cease to use those terms or, at least, put them in quotes.

Or perhaps go with Palestinian-Arab.

In truth, the greater Arab nation gave the world "Palestinians" - a word which used to mainly refer to Jews living under the British mandate - as a challenge to Jewish sovereignty on historically Jewish land.

The Jews are the indigenous people of the Land of Israel.

The Arabs are settlers and colonists on Jewish land.

I certainly do not mind that Arabs live there. Nor do I mind that Chinese people or Venezuelans or the Easter Islandish live there.

But none of those folk can claim sovereignty because none of them are indigenous.

Only the Jewish people have a claim to indigeneity to that land and we must insist on this basic concept.

Everything flows from that recognition.

From a purely objective historical standpoint, only the Jewish people can claim indigeneity to Israel.

I mean, if a lonely band of Jebusites comes wandering from somewhere out of the desert, then maybe a case can be made otherwise.

But the Arabs are not from Israel.

They are not from Judea.

They are from Arabia.

We need to bang this into people's skulls.
Posted by Mike L. at 9:23 AM