The West Has Gone Bats!

{This is a fleshing out of an earlier thing that I called The U.S. Has Gone Bats!}

It is also published at Elder of Ziyon, Jews Down Under and The Jewish Press.} 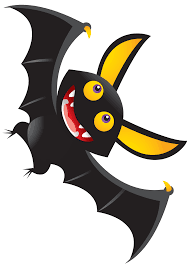 Yes, that is the way it is.

I suppose that it is not surprising that my cohort, born in the 1960s, stomped on the Western Liberal Tradition.

This is to say that the contemporary Left is shedding its own intellectual heritage - defined by Enlightenment liberalism - and in the process is emerging as authoritarian, increasingly opposed to freedom of speech and thought, and increasingly antisemitic.

{One of my new favorite rebels - University of Toronto professor of evolutionary psychology, Jordan Peterson - would likely agree.}

And when I argue that my friends on the Left are trending against the "Western liberal tradition," I mean just that.

The contemporary Left is turning against the philosophical tradition of Enlightenment liberalism that emphasized rationality and individuality as it emerged out of the European Renaissance and took political forms from Magna Carta to the Constitution of the United States to the Knesset in Israel.

Instead, what we get today from the activist Left is reactionary, irrational, close-minded, violently-inclined, smug, stupid, arrogant, authoritarian, and dismissive of freedom of speech.

The American Left is often misdescribed as "liberal," but that is the last thing that it is.

The western-left, today, is opposed to the liberal tradition.

Among the reasons for growing American Left disinterest in the tradition of Enlightenment liberalism is because those of us who came of age following the Baby Boomers were trained not to believe in "Western values" by our Vietnam War era older peers and siblings.

From Abbie Hoffman to Alan Ginsberg to Noam Chomsky, much of The Movement, as Terry Anderson called it, prodded and poked at the ongoing viability of more traditional and allegedly objective European suppositions on how to apprehend truth.

It is no coincidence, after all, that the post-structuralist turn in western academia paralleled the Counterculture and the rise of the New Left toward the middle-end of the twentieth-century.

Our older siblings and friends who came out of the Vietnam War period, for understandable reasons, passed their cynicism off to us.

The twentieth-century was a bloody nightmare and those of us raised on the Anti-War Movement, the Counterculture, and Civil Rights looked in directions - politically and personally - beyond anything that Eisenhower could have imagined when his boys stormed the beaches.

I do not know about you, but I grew up reading Jack Kerouac, Kurt Vonnegut, Hunter S. Thompson and Joseph Heller.

It was all about rebellion and, in the cases of the latter three, hilarious rebellion.

The interesting question for me, now, is how it is that my generation - which both voted for Ronald Reagan and read Vonnegut - is now ushering in the current era of corrosive, hard-ass, high-handed, progressive-left identity politics which is shedding liberalism and tends to despise Israel.

From a political-social standpoint, it is a damn good question.

It's not that we are responsible for the never-ending malice and bloodshed in the Arab-Muslim Middle East. Nor are those of us who entered college in the United States in the 1980s responsible for the perpetual poverty of the urban poor, or climate change, or general human stupidity.

We inherited these joys to the world.

We are, however, responsible for the current state of American politics, which is absolutely dismal and, on the progressive-left, increasingly ugly toward diaspora Jewry when we speak out on behalf of our brothers and sisters in Israel.

The United States has not been this culturally torn-up since 1968.

American politics at this moment has people at one another's throats. It is ripping up families and friendships. It is resulting in violence in the streets from Berkeley to Charlottesville.

And, it must be understood, that the current toxic nature of American politics is encouraging the rise of the new white nationalism. I tend to downplay the white nationalist trend because playing it up increases its attractiveness to idiots so inclined.

But the difference between now and then is that by 1968 over 30,000 U.S. servicemen died in Vietnam in a war that seemed to have no end.

And bigotry throughout the country was violent in a way that makes the contemporary South look like a racial shangri-la.

I was born in 1963, the very year that Martin Luther King, Jr. gave his famous I Have a Dream speech on the Mall in Washington, D.C. and almost exactly one year before Goodman, Schwerner, and Chaney were murdered in Neshoba County, Mississippi, during Freedom Summer.

Despite the fact that I am a New York Jew, I can assure you that from a historical perspective race relations in the South are far better today than they were in 1963. It's not even close. An observer from Mars should be able to see that, yet somehow it seems lost on much of the contemporary American Left.

The causes of political tensions in the United States today are not due to war or sexism or racism like they were in 1968.

On every social-political level, the U.S. has made great strides toward social justice from that day to this.

The truth, in fact, is that the U.S. is among the most liberal countries on the planet.

This may sound old-fashioned but we hold out a greater opportunity to any man or woman of any "race, color, or creed" - as they used to say - than almost any place else on Earth.

We should be proud of how far we have come in so short a period of time.

We are well beyond where we were when Martin Luther King, Jr. stood on the Mall.

But we do not recognize it.

Instead, we tear down statuary of Robert E. Lee.
Posted by Mike L. at 8:02 PM