The WHITE HOUSE? How Racist Is That? 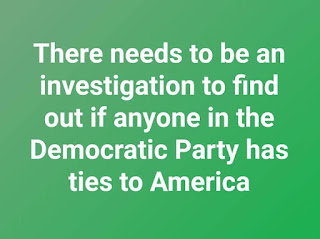 They've come for everything else. Why not the "WHITE HOUSE." Surely that must stick in a lot of craws now. It used to be called the more descriptive "Executive Mansion," until that rank racist, Teddy Roosevelt, changed it officially to White House in 1901.

The current occupant and his children are like, total racists. Ivanka Trump recently bought her white daughter a white puppy named Winter (winter is a WHITE freaking month.) 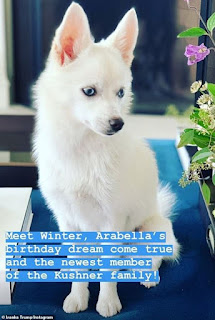 Cute dog but way too white in timing to racist daddy Trump's racist condemnation of antisemitic, anti-American congresswoman who are not white. Also, two are Muslims and Muslims think dogs are unclean. Coincidence? I think not. Nothing white racist Trumps do is a coincidence and it's all racist. Rep. Elijah Cummings recently finally branded Trump a racist and says his constituents tell him regularly him they are scared of President Donald Trump. This white dog could have been the final straw....or maybe it was.....the WHITE HOUSE!!!!

And the dog is not so innocent no matter how cute he looks. The dog is complicit in the racism because it probably loves those whiteys and wags its tail and everything. But "white people love dogs so much because deep down they miss owning slaves. They love the owner and master dynamic, desperate for something to control." That dog is an Uncle Tom dog. And Ivanka et al knew that going in.

There can be no racial healing in this country until there is no WHITE HOUSE or racist white dogs owned by racist Trumps. 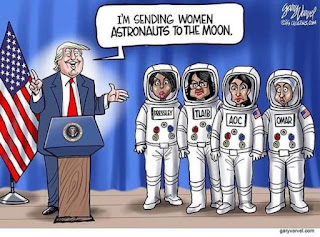