NASA to remove offensive nicknames for planets, galaxies, and nebulae

There seems to be literally no limit to this ongoing self-righteous stupidity.

But is important to remember that all these social manifestations that have come to define recent years and that are concentrating in 2020 are not isolated events, but part of a broader cultural trend.

Whether it is rioting in the streets or toppling statuary or demanding that people use recently manufactured gendered terminology or the never-ending divisiveness of "intersectional theory" or Rutgers University Department of English deciding that standard English is no longer necessary in written assignments or the racism and violence of groups like Antifa and Black Lives Matter or the failure of the Democratic Party to reign in its radicals or the desire for a borderless, and thus nation-free, world, it is all of a piece.

These are not isolated or unrelated trends, nor is it a conspiracy. It represents the culmination of societal tendencies that go back to the late 1960s but, really, all the way back to Marx. Whereas Engels and Marx divided the world merely into the proletariat and bourgeoisie duality of good guys versus bad guys, contemporary "Identity Socialism" pits everyone against everyone else within a competitive hierarchy of victimhood.

All NASA is doing, like many large institutions before them, is bowing to the child-like demands of the current "progressive" political atmosphere. If much of Congress is willing to take a knee in submission, why would we expect anything less from NASA?

Andrea Leinfelder of the Houston Chronicle tells us:

"The glowing remains of a star, blowing off its outer layers at the end of its life, is officially called planetary nebula NGC 2392. But as a nickname, it has been called the 'Eskimo Nebula.'"

Yes, I am sure that the Inuit are deeply offended. 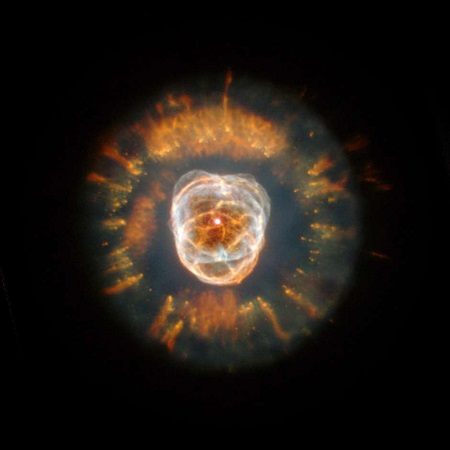