Aside from looking startlingly like a fat and tired version of my father, Mahmoud Abbas is also now entering the tenth year of his four-year elected term as 'president' of "Palestine." 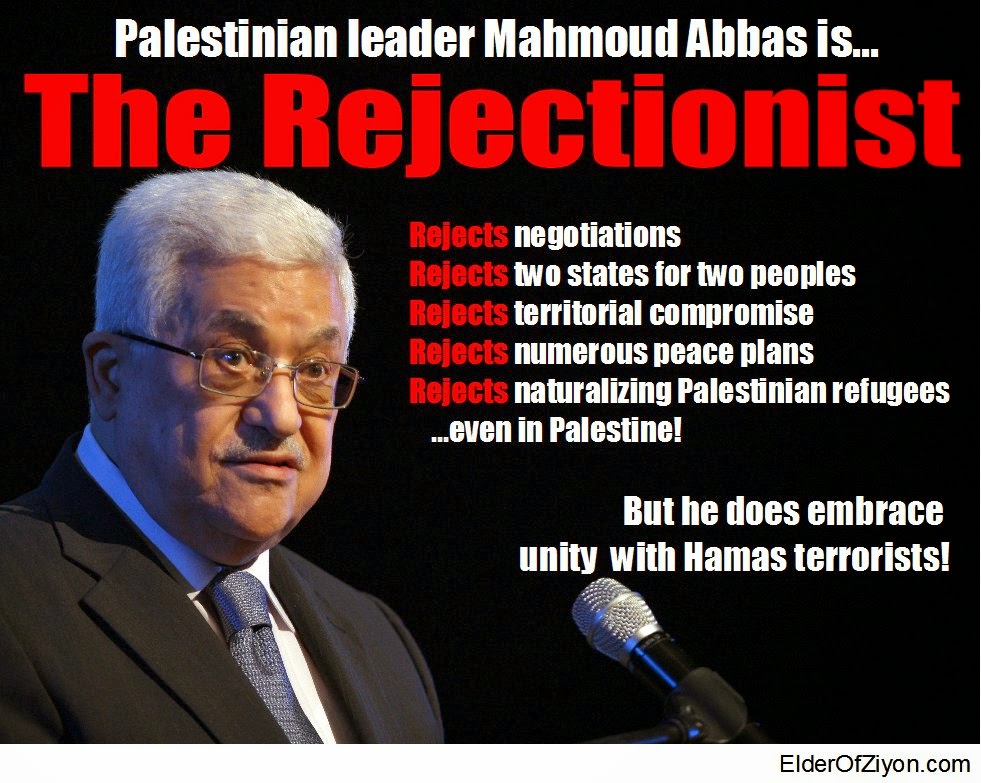 The racist, genocidal terror organization Hamas continues to rule in Gaza, continues to fail to recognize the authority of any other Palestinian Arab leaders, and continues to launch or at least allow daily terror attacks against Israel, probably admittedly proving wrong my own contention that unilateral withdrawal from Judea and Samaria, and strong defense, is the best course moving forward.

There are many ways to peace, but until self-declared 'humanitarians' who see no fault whatsoever amongst the Palestinian Arabs, for anything at all, while taking it upon themselves to smear Israel as a full-time job, for everything, begin to change their ways, we still have quite a long road to go.
Posted by JayinPhiladelphia at 6:18 PM