"He who fights with monsters should look to it that he himself does not become a monster. And if you gaze long into an abyss, the abyss also gazes into you." - Friedrich Nietzsche 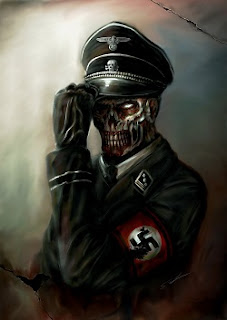 Welcome to the new American moment of rising white nationalism, anarchist violence in the streets, and an irate progressive-left that refuses to reconcile itself to the fact of a Donald Trump presidency.

It is not merely that the Left disagrees with Trump on policy issues, it is that they have aggregated that hatred into the core of the sun for the purpose of creating nuclear fusion.

This is a level of domestic collective political hostility that no living American has seen before and nobody knows what it will produce beyond getting an autistic white kid tortured in Chicago, among other such imbecilic acts of identity politics-based violence and cruelty.

One would have to travel back to early 1860s Savannah, Georgia to gloriously revel in this degree of rancor for the President of the United States and for people of the wrong color.

When I was a kid the Left despised Richard Nixon and when he died in 1994 Hunter S. Thompson wrote an obituary for The Atlantic that twisted the knife even in death. In "He Was a Crook," Thompson wrote:


I have had my own bloody relationship with Nixon for many years, but I am not worried about it landing me in hell with him. I have already been there with that bastard, and I am a better person for it. Nixon had the unique ability to make his enemies seem honorable, and we developed a keen sense of fraternity. Some of my best friends have hated Nixon all their lives. My mother hates Nixon, my son hates Nixon, I hate Nixon, and this hatred has brought us together.

But even Nixon, despite the secret bombing of Cambodia, was not as reviled as Donald J. Trump is today.

In college many of my friends did not much like Ronald Reagan, either, but we did not dress head-to-toe in black - almost like tight-fitting burkas, if you think about it - and then form ourselves into "black blocs" for the purpose of beating the holy hell out of perfectly innocent people in the streets.

And that is precisely what we saw when Milo Yiannapolous dropped by UC Berkeley on his "Dangerous Faggot Tour."

And then, of course, there was George W. Bush, the "Cowboy President" who allegedly robbed Al Gore of his rightful ascension and who followed in George Sr.'s footsteps by dragging the United States into more pointless warring in the Middle East. So we bitched and we moaned and we cried and we marched and some of us even went to Midland, Texas to say hello to Cindy Sheehan at "Camp Casey" not far from W.'s ranch.


So, why does the disdain for Trump seem so much more angry and intense than these other examples of famous American presidential loathing? It is in part because while those who dislike Trump are loudly spreading their hatred, the rest of the country is quietly going about its daily business. Recent polling shows that something close to 50 percent of Americans actually favor the temporary ban from the countries of Iraq, Iran, Syria, Yemen, Somalia, Sudan, and Libya. My assumption is that, like all rational westerners, these people take the rise of political Islam seriously. Some of them follow the news of the immigration crisis in Europe.

One would not get this sense from the overall mainstream media, nor the alternative media, because the drumbeat of fear and loathing is so relentless one would surely think that almost every ethically-decent American considers the temporary ban as on some moral par with the unjust internment of Japanese-Americans in World War II.

So, why have so many Americans gone stone-cold crazy? Why are so many otherwise normal and intelligent people bursting with horror at this particular political moment?

The reason has to do with Nazis, Klansmen, and fascists.

Sexists, Transphobes, and all other manner of benighted Arkansas pig farmers.

When The Enemy - as embodied by the hideous yammering visage of Donald Trump - represents the very worst that unearthly existence can manifest then there are no ethical limits on behavior in beating back the terrible cosmic menace. A righteous moral stance cannot include mere disapproval or protest, but full on resistance by any means necessary... however bloody, hypocritical, or devoid of simple human decency.

And if Democrats and progressives prefer not to get their hands dirty, that's what the Boys in Black are for. Perhaps if they curb-stomp enough Trumpeteers it will serve as notice to the rest to stay out of sight and keep their white-bread, humanist-individualist, Judeo-Christian yaps shut.

And make no mistake, Trump did not magically transform into Zombie Hitler - or the monster of your choice - through his own behavior. 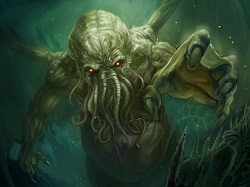 He was transmogrified into Zombie Hitler by a Democratic Party leadership that had grown so confident, fat, and self-satisfied that only a spectral fascist could possibly stall their well-meaning efforts to change America into a semi-socialist enclave of sneauxflakes and drones. If the Democrats decided that they are "the good people" and the Republicans are "the bad people" then they decided that Donald Trump is Cthulhu, a multi-tentacled, insatiable, monstrosity from the Deep... or a Zombie Nazi... choose whichever you like.

And this is why the self-righteous Idiots in Black took to the streets of UC Berkeley to beat the holy hell out of Trump supporters at the Milo event.

What else can you do to a supporter of fascism other than kick its head in an anti-free-speech riot in the place most famous as home of the Free Speech Movement?

In the years between the end of the Vietnam War and the present, the progressive-left (or what political youtube icon Dave Rubin refers to as the "regressive-left") took the best ideas that American politics has to offer and turned them into mierda.

Questions of racial, gendered, and economic-class injustices go directly to the heart of the western political experience. From a liberal humanist perspective there is nothing more important than treating human beings as individuals with rights rather than as some annoying or frightening member of an othered group to be treated like dirt.

The fundamental purpose of movements for ethnic and gendered freedom was to relieve all of us of the burden of never-ending bigoted and unjust animosities. In Martin Luther King's iconic "I Have a Dream" speech, that was the dream.

But no sooner had this dream approached reality than the Left turned it into a weapon and betrayed its core values in doing so.

And this is where Hillary Clinton, her "basket of deplorables," and some ridiculous grinning green frog named Pepe, comes into the story.

During the campaign, and much to Bernie Sanders' ongoing annoyance, the drums of race and gender beat considerably harder and louder than those of economic class. Activists in the Democratic Party and the progressive-left who wanted to challenge the allegedly brutal, racist, white, patriarchal, imperialist, rape-culture of America were torn between Hillary's neo-liberalism and Sanders' anti-capitalism.

So, when Hillary, who we all knew was going to get the nomination despite Sanders' admirable challenge, decided to smack Trump around with Breitbart and white nationalism she unleashed The Fear into the American population on a national scale. The next thing that we knew Facebook and Twitter and God-Knows-What-All overflowed with rumors of gun-toting, Republican-voting, Nazi-sympathizing, angry, white guys prowling the streets of America as swastikas popped up all over the media like psilocybin mushrooms after a good rain.

The fact that there are no actual Nazis, Klansmen or fascists within the ranks of American power was not about to stop a good case of mass hysteria, however, so Team Hillary dug up Richard Spencer, tied Spencer to Breitbart, and threw both into the face of Donald Trump.

And they did so even as Milo darted between American university campuses humiliating idiots and referring to Trump as "Daddy." It is thus not difficult to see just why they would despise the guy and thereby smear him as a Nazi.

The truth, however, is that this sort of manichean, black-and-white, Good versus Evil, partisan politics is ripping this country to pieces. It's harming families and friendships.

Of course, if it makes people happy, they should continue spitting the hate.

I may find it interesting in a perverse and twisted kind of way, but it's certainly not doing the country any good.
Posted by Mike L. at 10:37 PM