Nine Reasons Why Progressives Do Not Understand Their Pro-Israel Friends 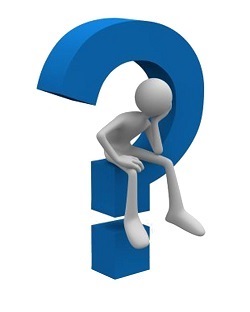 These are nine of their fundamental misunderstandings:


Number One:  Anti-Zionism is not equivalent to criticism of Israel.

Well-meaning western-leftists tend to confuse anti-Zionism with mere criticism of the Jewish homeland.

As I know that you guys know, they are not the same thing.

An anti-Zionist is someone who believes that Israel should never have been reconstituted as the national homeland of the Jewish people.

Given Jewish history, such a wish is genocidal.


Number Two: there is a difference between criticism and defamation.

There is nothing wrong with criticizing any country, but when people, for example, call Israel an "apartheid state" that is an example of defamation. And, yes, it is anti-Semitic because the suggestion of such a claim is that Israel, much like apartheid South Africa, must be dismantled.

Thus see reason number one why progressives do not understand their pro-Israel friends.


Number Three: Progressives have little sense of proportion when it comes to Israel.

They will call-out the lone, sole Jewish state for its alleged persecution of the Palestinian-Arabs yet never breath a word about the far worse treatment that virtually all non-elite Arabs receive from their governments in Arab-Muslim countries.

And no Arabs are treated worse than Palestinian-Arabs who are essentially used as pawns in the Long Arab War against the Jews of the Middle East.

This is clearly a racist double-standard.

The people who most abuse Palestinian-Arabs are not Jews, but Arabs, themselves.


Number Four: Jews are the only people on the planet with a claim to indigeneity in the Land of Israel.

There has been an ongoing Jewish presence on that land for a period of time that fades into prehistory.

The Arabs are from Arabia. They are not from Judea.

The Jews are, however, from Judea and Samaria.

The Jewish people are the only extant people in the world today with claims to indigeneity to the Land of Israel.

Jewish indigeneity is an underexplored aspect of Jewish history that - surprisingly enough - it takes a brilliant Métis, pro-Israel, football-playing Zionist to understand this better than do the Jewish people.

Jewish people, wherever we may live, are the indigenous people of the Land of Israel.

Why does it take Ryan Bellerose, an indigenous American, to point that out?


Number Five: Dhimmis -  including Copts, Yazidis, Kurds, and Jews - are among the historically oppressed minorities in the Middle East

The theocratically-infused Arab and Muslim occupying powers outnumber the rest of us by a factor of 50 or 60 to 1 in that part of the world.

This is how Oxford historian Martin Gilbert describes the centuries of dhimmi status in In Ishmael's House: A History of Jews in Muslim Lands (New Haven, Connecticut: Yale University Press, 2010) 32 - 33.


There could be no building of new synagogues or churches.  Dhimmis could not ride horses, but only donkeys; they could not use saddles, but only ride sidesaddle.  Further, they could not employ a Muslim. Jews and Christians alike had to wear special hats, cloaks and shoes to mark them out from Muslims.  They were even obliged to carry signs on their clothing or to wear types and colors of clothing that would indicate they were not Muslims, while at the same time avoid clothing that had any association with Mohammed and Islam. Most notably, green clothing was forbidden...

Other aspects of dhimmi existence were that Jews - and also Christians - were not to be given Muslim names, were not to prevent anyone from converting to Islam, and were not to be allowed tombs that were higher than those of Muslims.  Men could enter public bathhouses only when they wore a special sign around their neck distinguishing them from Muslims, while women could not bathe with Muslim women and had to use separate bathhouses instead.  Sexual relations with a Muslim woman were forbidden, as was cursing the Prophet in public - an offense punishable by death.

Under dhimmi rules as they evolved, neither Jews nor Christians could carry guns, build new places of worship or repair old ones without permission,or build any place of worship that was higher than a mosque.  A non-Muslim could not inherit anything from a Muslim.  A non-Muslim man could not marry a Muslim woman, although a Muslim man could marry a Christian or a Jewish woman.


Number Six: The Evil of "Whiteness"

Much of the Left sees Jews as "white" and "whiteness" as a form of oppressive consciousness that is embodied by people of European descent.

Oh, the shame of whiteness.

This is one of the essential racist aspects of the contemporary Left.

The truth is that genetic studies show that almost all Jews have a DNA root that goes to the Levant. Calling a Jew "white" because he or she may have some European blood would be like calling a black person "white" because a grandmother had relations with a white person.

It must be understood that, outside of political Islam, the progressive-left is the most racist political movement in the West, today.

The Jewish people are being driven from Europe primarily due to the Islamist-Leftist alliance that we see playing out in European Union politics.

Hostility towards Jews is ratcheting-up throughout Europe and this hostility demonstrates the hypocrisy of western-left anti-racism.

It clearly demonstrates that the Left is highly particular about which types of racism that they approve of and which types they oppose. They do not oppose racism toward Jews as the Reem's case, among a variety of other cases - including that of Alameda, California high school student Natasha Waldorf -clearly shows.

Nor do western-progressives mind that Muslims are chasing Jews out of Europe and, further, they even tend to believe that Palestinian-Arabs have every right to kill Jews as a matter of "resistance" despite the fact that it has always been the Arabs who represent the hostile party... not the Jews.


Number Eight: the Jews have never prevented the Palestinian-Arabs from gaining a state of their own... even on our own land!

On the contrary, it was the Arabs who have turned down every single offer for statehood since the Peel Commission of 1937.

The progressive-left must stop blaming the Jewish people of the Middle East for Arab-Muslim intransigence in refusing to accept a state for themselves next to their Jewish neighbors.

This ongoing tendency from the EU and the UN and the US Department of State is indecent, unjust, and opposed to the facts of history.


Number Nine: The Day of the Dhimmi is Done.

The progressive-left loves dead Jews and despises Jews who stand up for the Movement for Jewish Liberation.

Well, ya know what?

Whatever anyone might think of the Jewish people we will stand up for ourselves whether anyone likes it or not.