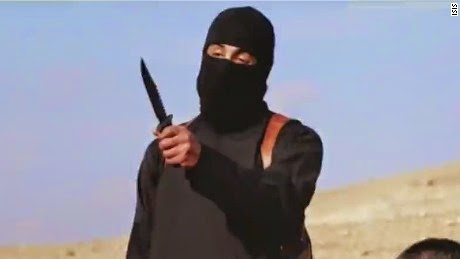 He don't need no Education....

Writing in the New York Post, Carl Campanile tells us:

This guy is either the dumbest Ivy League bigwig ever or politically correct to a fault — for welcoming offers to bring ISIS and Hamas to Cornell University.

A video sting operation shows Cornell’s assistant dean for students, Joseph Scaffido, agreeing to everything suggested by an undercover muckraker posing as a Moroccan student.

Scaffido casually endorses inviting an ISIS “freedom fighter’’ to conduct a “training camp” for students at the upstate Ithaca campus — bizarrely likening the activity to a sports camp.

Is it OK to bring a humanitarian pro-“Islamic State Iraq and Syria” group on campus, the undercover for conservative activist James O’Keefe’s Project Veritas asks.

Sure, Scaffido says in the recorded March 16 meeting.

Scaffido doesn’t even blink an eye when the undercover asks about providing material support for terrorists — “care packages, whether it be food, water, electronics.”
How about supporting Hamas?

No problem at all, Scaffido said.

“The university is not going to look at different groups and say, ‘You’re not allowed to support that group because we don’t believe them’ or something like that. I think it’s just the opposite. I think the university wants the entire community to understand what’s going on in all parts of the world,” Scaffido said.

The undercover asked if he can invite “a freedom fighter to come and do like a training camp for students.”

Scaffido responds, “You would be allowed to do something like that. It’s just like bringing in a coach, to do a training, a sports trainer or something,” the Cornell official said.

The State Department includes both ISIS and Hamas on its list of terrorist organizations.
Cornell brass responded to a Post inquiry made to Scaffido.

“Cornell fully supports the free exchange of ideas and does not review or control the political ideology of our students. We do not, of course, tolerate unlawful advocacy of violence, and the comment about training by ISIS freedom fighters does not reflect university policy,” said Joel Malina, Cornell’s vice president for university relations.