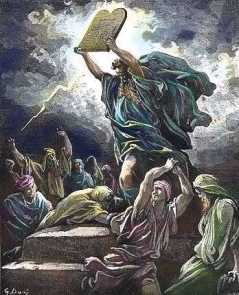 Given Paglia's semi-iconic status within the intellectual community that should give some of you the warm-fuzzies.

I do not know if it is true that blog-post commenting represents an art-form, but I definitely like the idea.

On places like Facebook or Twitter or Youtube, or wherever, you get a sense of how particular groups feel on any given topic. I have no doubt that sociologists are having a great time exploring this material.

It is, after all, the grassroots/netroots... where the buses don't run. And that is just the kind of place for the curious-minded.

In a recent exchange concerning the Arab-Jewish conflict with a hard-left leaning San Francisco friend of mine, I wrote:


The fucked up thing is that the contemporary progressive-left wants to be racist and anti-racist both at the same time. It simply does not work that way. You do not get to pick and choose who it is OK to be racist towards.

In partial response to the larger conversation my correspondent wrote:


So demanding the state of Israel to treat Palestinians humanely is anti-Semitic? Is that where we're going?

I do not know why I continue to remain surprised at the automatic presumption of Jewish guilt in the conflict.

It is from this presumption that the conversation is apparently supposed to begin.

Despite the fact that the Jewish people lived as second and third-class non-citizens for thirteen centuries under the boot of Arab and Muslim imperial rule - from the seventh-century until the fall of the Ottoman Empire - it is the Jewish people who are automatically assumed guilty in the war against us by a far larger power.

The Jews of Israel are, from the get-go - before the discussion even begins - considered to be "inhumane."


So demanding the state of Israel to treat Palestinians humanely is anti-Semitic?

This is precisely the kind of loaded question that Jewish people throughout the world have been subject to generation upon generation.

We are expected to begin the conversation from back on our heels despite the fact that we are the minority population under judgment.

Why are Jews such horrible people?

Why did you kill Jesus?

Why did you invent secularism?

Why did you invent socialism?

Why did you invent capitalism?

Why did you invent communism?

Why do you promote homosexuality?

And, now, why are you so brutal to the "indigenous Palestinians"?

My interlocutor is coming to the discussion from a progressive-left ahistorical perspective that assumes an almost transcendental white-anglo guilt for the oppression of the non-white victim. The presumption is that "people of color" are nothing more than pawns in some Euro-centric geopolitical game of world dominance and the Jewish people, in the form of Israel, are among the agents of that aggression.

In response, I wrote:


It's good that you asked that question because this where we get to the crux of the matter on why the progressive-left tends to despise the Jewish state of Israel. You honestly believe that the Jews of Judea are inhumane.

I imagine that this response took him just a bit off-guard. Most well-meaning "soft" anti-Zionists don't expect push back because the progressive Jewish left is semi-anti-Zionist, itself.  I am talking about Ha'aretz Jews. The kind of Jewish people who agree that Israel sucks, but if you kick us in the head hard enough we will try to do better.

The classic example is from now deceased Ha'aretz editor, David Landau, who suggested that Israel was in need of a good raping from the West... to keep us in line, apparently.

It is obvious that Jewish people who care about our well-being as a people are grappling with how to address the continual vitriol spit at us from the greater Muslim community, the European Union, the United Nations, the Democratic Party, and almost the entire western-left.

The place to start - if I may be so bold - is with insisting upon our indigeneity to our own ancestral lands.

I think that we owe indigenous rights activist Ryan Bellerose a certain debt of gratitude.

Bellerose's major contribution to the conversation is that the Jewish people are the only indigenous people in recorded human history to regain self-determination and self-defense on their ancestral homeland.

In a piece for Tablet entitled, Are Jews Indigenous to the Land of Israel?, Bellerose writes:


As an indigenous activist—I am a Métis from the Paddle Prairie Metis settlement in Alberta, Canada—there is one question I am most often asked by the public, one that can instantly divide a community due to its intense and arduous subject matter.

Yet, regardless of the scenario, each time I hear the words, “Are Jews the indigenous people of Israel?” I’m inclined to answer not only with my heart but with the brutal, honest truth, backed by indisputable, thousands-year-old historical and archaeological fact: yes.

Although I thank Ryan with my own heart, I must wonder how it is that a non-Jewish, Native-American, football-playing, giant Métis can get to the ideological crux of the matter when we cannot?

Any conversation with an anti-Zionist or anti-Israel person must always begin with the fact of Jewish indigeneity.

You cannot win the argument without it.

Thankfully it has the additional benefit of being historically accurate.

Let the other side have their narrative.