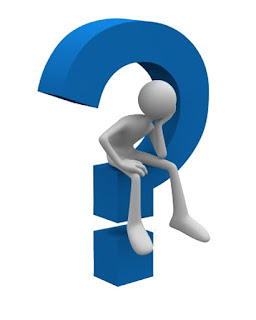 In a Facebook post, our friend Susan George references a Ha'aretz article by Yehuda Bauer, professor emeritus at the Avraham Harman Institute of Contemporary Jewry at Hebrew University, entitled, The Danger of Alienating Diaspora Jews.

As a non-Jewish supporter of both Israel and the Jewish people, George is curious about pro-Israel Jewish thoughts on the article.

I will toss in my two cents.

The first thing that I noticed, of course, is that the opinion piece is published in Ha'aretz which immediately sets off "alarm bells" for the simple reason that Ha'aretz is an anti-Israel newspaper.

Ha'aretz would not even support the Israeli baseball team - the Mensches on the Benches - because it had too many Americans.

Hass believes that Arabs have a moral right to throw stones at Jewish children and both are despicable from anything that resembles a pro-Israel / pro-Jewish perspective.

Referring to American Jewry - and this is the article's primary thesis - Yehuda Bauer writes:


Without their support, the State of Israel would not have been established, and it cannot exist without such support today either.

Both claims are false.

The State of Israel was built by Jews and many Arabs who in the decades prior to 1948 created the infrastructure - physical, transportational, military, agricultural, industrial, and political - for the establishment of the country.

The role of American Jewry was significant, economic, but adjacent.

It was not central.

Israel most certainly can exist despite decreasing American Jewish friendship, although it would obviously be more difficult. Thankfully, Israel also has tremendous support among large swaths of self-identified American Christians who have far more political influence in the United States than does the American Jewish community.

According to a 2013 Pew Research Poll:

The enemies of Israel, and of the Jewish people, would like to divide and conquer, but this is not going to happen anytime soon.

Jewish Democratic Party Obama supporters are not abandoning Israel. Instead, they will kvetch. They will bitch and moan and whine and complain but at the end of the day, they will stick with their family.

But the fact of the matter is that Israel has more economic, scholarly, scientific and diplomatic connections throughout the world today than it ever has in its history.

While the Jewish people in the Middle East remain under considerable threat by the much larger Arab-Muslim population surrounding it, it is also considerably stronger than at any previous point.


The Israeli government’s policy toward non-Orthodox streams of Jewry, which represent 90 percent of American Jews, threatens the connection that American Jews have to Israel, and is liable to weaken that link to such an extent that it results in apathy and a refusal to act on Israel’s behalf even during a crisis. Simply put, the policy of the current Israeli government is endangering Israel’s existence.

This is also false.

According to a January 24, 2017 article entitled, American and Israeli Jews: Twin Portraits From Pew Research Center Surveys, only fourteen percent of Israeli Jews and eighteen percent of U.S. Jews consider "social, religious, or political problems" to be central.

Most American Jews have very little interest in the arcane doings of Israel's religious policies toward "non-Orthodox streams of Jewry."

Most of us simply do not care.

Thus what I conclude from Professor Bauer's article is that it represents a growing tendency for western political divisiveness, more generally.

The current American spirit of emotive chaos that came into place in the months prior to Donald Trump's fantastical defeat of Hillary Clinton is causing far greater ruptures in American society than anyone expected.

In the United States, people are at one another's throats.

And there is violence in the streets from Charlottesville to Berkeley.

But the truth is that most American Jews remain supportive of Israel and most do not worry about Jewish interreligious squabbles within that country.

You can be reasonably sure that going forward - despite Jewish pearl clutching - American Jewry will, at least within our lifetimes, continue to strongly support Israel.
Posted by Mike L. at 8:59 PM