Why devote a post to the subject, you ask? First, because—as has been the case with so many ideas in the past years—the Binational Solution is no longer fringe among the Progressives. It used to be, but a cursory look at Progressive-Left forums today shows binationalism to have become mainstream, either in its outright form (“One shared state for Palestinians and Israelis”) or disguised in a pseudo two-state solution that amounts to a de facto binational solution by virtue of insisting on the “right” of the “refugees” (descendants of Arab colonists who fled Palestine following their failure to defeat the fledgling Jewish state) to “return” in full numbers to inside the pre-1967 Israel borders. Secondly, this discussion has much to tell us about the dynamics of this conflict through Israeli Jewish eyes (their view matters little to the world, of course—who wants to give “oppressors“ a voice?).

There is the dream of Jews and Arabs living peacefully and respectfully in the shared state of “Isratine,” and there is realism. A realist knows that the best-case scenario of a majority-Arab state (which it would be, because the “Right of Return” is a non-negotiable component of the Binational Solution) would be that of the Jews living as second-class subjects under a non-Jewish majority population, playthings for the whims of the populace and the government. A related scenario, one that has already taken place in Egypt and Lebanon, the latter once known as the “Switzerland of the Middle East” in a cultural as well as geographical sense until demography brought all to naught, would have both Jews and Christians in Palestine as second-class subjects under the rule of Islamic law, with similar results. And those two are the best cases one can think of!

More likely a follow-up to an agreement that brings things back to the state they were in November 1947—Jews and Arabs in non-state proximity—would be a retread of Israel’s War of Independence, with the dreaded outcome that has menaced all Jews in 1947–9, in 1967 and in 1973, the outcome of defeat. What would happen then? Would a show of clemency be the result? I think not. The majority of Israeli Jews think not. This is what most of my fellow nation-members in Israel believe would happen:

This is the ultimate outcome of the Binational Solution that most Israeli Jews predict. A generation has grown to witness the October 2000 Intifada where Arabs in both pre- and post-1967 areas rioted violently while the Progressives castigated the Israeli Jews. It would be an understatement to say such events have not inspired the generation’s confidence in binationalism. 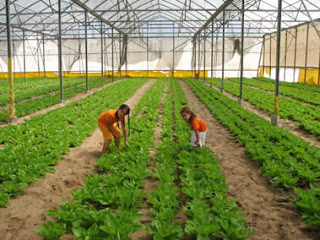 I do not expect the Progressives to have any sympathy. Nay, I fully expect them to react to that list of outcomes above with ear-shattering screams of “Racism!” Nevertheless, I will show to anyone who cares to read that that list reflects nothing but realism, nothing but mistrust born of a realistic look at the facts.

To the charge of racism itself, I hesitate to give it credit, knowing how the Progressives have come to empty the word of all meaning, using it as an omnibus accusation against any of their opponents (as one troll on CiFWatch said in a reply to a post of mine: “Racism isn’t about biology.“ Humpty Dumpty, proponent of the use of a word to mean what he wants it to mean at a given moment, would be mighty proud). For all the good it will do, I will say that the fall into barbarity is something no part of humanity is immune to—all too well do the Jewish people know about the descent of a cultured, civilized nation from Bach and Mozart to Einsatzgruppen and Vernichtungslager. If there is any racism here, it is the Progressives’ thinking that Israel’s enemies are not susceptible to that descent.

A more relevant question is why take such a bleak view—what the basis is for believing the logical conclusion of binationalism to be slaughter and destruction. The answer is, because it is confirmed by word and deed. If we cannot go by this preponderance of the evidence, we cannot know anything at all.

Words—this is an easy thing to check up on, with even the language barrier removed by the yeoman work of sites like MEMRI and Palestinian Media Watch. From politicians and imams calling for the slaughter of Jews to little children dressed in suicide vests singing for the day they do just that, there is all the verbal evidence you could ask for.

Deeds—well, who could be oblivious to rocket barrages, suicide-murder attempts and other such manifestations of fanaticism that even the West is no longer free of, except someone who has been living under a rock for the past few decades? And if the frequency of Jew-killing in Israel has gone down in the recent years, this is mainly because of certain security measures that the Progressives want relaxed in the name of “justice,” such as the fence keeping suicide-murderers from the post-1967 territories at bay. 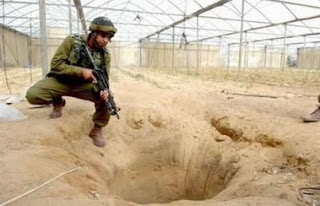 Some may, at this point, mention the Arab leaders who talk about negotiated peace and coexistence. “Well, what do you say to that? If you think they’re lying, what makes you think the hardliners are telling the truth? See, you’re a bigoted zionutzi, that’s what you are!“ Conveniently, the part about deeds has been forgotten. Realists believe those words that match the deeds, and disbelieve those words that are out of sync with the deeds. 80 years ago, a German Jew might have his case in believing a certain Austrian painter’s book to be bluster and hyperbole, but as soon the racial laws outlined in that book were put into practice in Germany, intellectual honesty would oblige him to take the whole book seriously.

We Israeli Jews have seen, or read about, the events of 1929, 1936–9, 1947–9 and the 2000s decade. From the massacre in Hebron through the rape and slaughter in Gush Etzyon to the looting and razing to the ground of the Gaza greenhouses in August 2005, we have had no choice but to err on the side of caution. And what are the assurances the advocates of binationalism have given us? You can read them all on Progressive-Left, Arab and Islamic websites: The admonition that we are to acquiesce to any sort of government that arises in the shared state, with no right to protest any decision on part of the new majority-Arab parliament; and the self-righteous, imperious proclamation that the Jews are to hope that the Arabs would treat them more fairly than they had been treated by the Jews. If those are assurances, give me outright threats any day.

No. As the owner of this blog says, the day of the dhimmi is done. Israeli Jews know they cannot accept the risk even of second-class status—a return to living as in the Diaspora—let alone the more probable Rwanda-like scenario. Should it become mainstream and politically correct to insist on the Binational Solution as the only possible route to solving the Jewish–Arab Conflict, then Israeli Jews will say with a voice that is unanimous for all practical purposes: Take your solutions with you to the depths of hell where they came from. There were and there could be windows of opportunity for a true two-state solution, but there has never been and never can be a window of opportunity for a so-called solution that does away with Jewish sovereignty. Except for a tiny fraction of a percent, Israeli Jews have never been accepting of the idea, taken for granted by the Progressive Left, that Zionism is a colonial enterprise. The recognition of Jewish national rights is a prerequisite for peace.

Posted by ziontruth at 4:53 AM