The Erosion of the Antisemitic Taboo-Updated 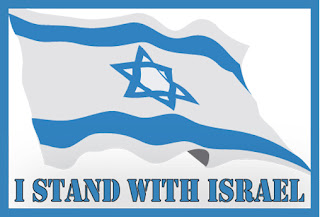 Those of us who have been paying attention know that there have been a lot of comments from well known people on the left who should know better, which are close to or downright antisemitic. Worse, no one in the mainstream media is calling anyone on these remarks. Lee Smith asks:

"Why is it that no one bats an eyelash when a former United States national security adviser says, “The Israelis have  lot of influence with Congress, and in some cases they are able to buy influence”........Why didn’t his Salon interviewer call him out on it? Why hasn’t anyone else? Where are the American elites—the intellectuals, writers, policymakers, and political activists—when it comes to vigilance against anti-Semitism?"

Smith goes on to list some of the things being said and who is saying them. I suggest you read the whole informative article. He really hits the nail when he says:

"The root of this problem is not a twentysomething blogger writing something stupid on the Internet. Rather, it is that anti-Semitic rhetoric and logic are being protected and justified by those who are supposed to be gatekeepers. These people, often in the service of their larger political aims, are willing to apologize for or ignore what is obviously Jew-baiting and Jew-hatred."

"In service of their larger political aims," for sure but what will they do when they allow that genie all the way out of the bottle? It will be almost impossible to put it back in. I suspect many on the left don't want it put back in given its power in the blame Israel game. The cowardly gatekeepers? Your guess is as good as mine.

Joel B Pollak cites Lee's article and another:

“Israel Firster” has a nasty anti-Semitic pedigree, one that many Jews will intuitively understand without knowing its specific history. It turns out white supremacist Willis Carto was reportedly the first to use it, and David Duke popularized it through his propaganda network. And yet [Media Matters' M.J.] Rosenberg and others actually claim they’re using it to stimulate “debate,” rather than effectively mirroring the tactics of some of the people they criticize…The attempt to kosherize “Israel Firster” is an ugly rationalization."


Spencer Ackerman opines: "Some on the left have recently taken to using the term "Israel Firster" and similar rhetoric to suggest that some conservative American Jewish reporters, pundits, and policymakers are more concerned with the interests of the Jewish state than those of the United States. Last week, for example, Salon's Glenn Greenwald asked Atlantic writer Jeffrey Goldberg about any loyalty oaths to Israel Goldberg took when he served in the IDF during the early 1990s. (On Tuesday, writer Max Blumenthal used a gross phrase to describe Goldberg: "former Israeli prison guard.") The obvious implication is that Goldberg's true loyalty is to Israel, not the United States. For months, M.J. Rosenberg of Media Matters, the progressive media watchdog group, has been throwing around the term "Israel Firster" to describe conservatives he disagrees with. One recent Tweet singled out my friend Eli Lake, a reporter for Newsweek: "Lake supports #Israel line 100% of the time, always Israel first over U.S." That's quite mild compared to some of the others."

Goldberg reveals an email he recieved after the prison guard comment:

"You can tried to hide your past but it's not working. We all know now that you worked in a concentration camp for Palestinians."

What a sad state of affairs.