This blog overlooks the Australian east coast and from the balcony is the Pacific Ocean gently breaking on a sandy beach. This small part of the ocean is known as the Coral Sea and therefore part of the vast battlefield where in May 1942 the US Navy, aided by the RAN and the RAAF, saw off a Japanese invasion fleet headed for Port Moresby hundreds of miles to the north. 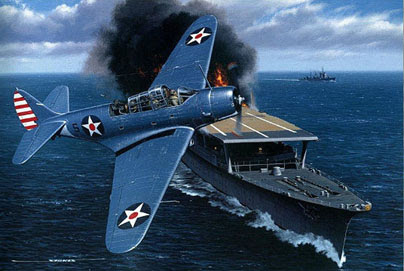 This morning two US veterans were among those who gathered for a dawn service in Townsville in north Queensland to commemorate the 70th anniversary of the Battle of the Coral Sea.

The men, who are in their 90s, served on the USS Lexington, one of two aircraft carriers that fought in the battle off the north Queensland coast one month before the Battle of Midway. The Lexington, which had survived Pearl Harbour, was lost in the battle.

Today is also the first anniversary of the despatch of Osama bin Laden and naturally President Obama is playing it for all it's worth. Enough of him.

One year ago today heliborne United States Navy Seals from the Red Squadron of the Joint Special Operations Command's United States Naval Special Warfare Development Group took out the nastiest terrorist in all of history and in doing so put on notice fanatical Islamist criminals and enemies of humanity everywhere that none of them are beyond reach.

Recently this blog founded the Geoffff's Joint Peace Prize in an attempt to shore up the global peace prize credibility problem following the award of the Nobel peace prize to such luminaries as the psychopath arch-terrorist and child killer, Yassir Arafat, and Nazi Islamist apologist and peddler of racist slander Archbishop Desmund Tutu, and also the award of the Sydney Peace Prize to crackpot democracy hating Israel basher, Noam Chomsky, Marxist antisemite, John Pilger and Arafat PR front woman and 9/11 denier, Hanan Ashrawi.

So can there be really any doubt who deserves the honour of the Geoffff's Joint Peace Prize this 1 May 2012 ?

Congratulations US Seals. The prize of course is yours.

Thanks again US Navy.

Making and keeping the peace for over seventy years. Always welcome in Australian ports
Posted by geoffff at 12:11 AM