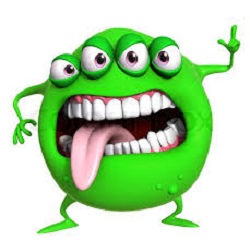 The so-called "alt-right," as conjured by the Hillary campaign and the national media, is a boogey-man.

A ghost from the past.

The resultant mass hysteria and toxic national group-think would be funny, were it not so dangerous.

In and out of the traditional media there are constant dire warnings of the mask finally dropping from the true racist face of America. The alternative right, clustered around Breitbart News, is said to be the vanguard of rising American fascism.

What flabbergasts me is how - practically with the snap of a finger - the media conjured this ghost into reality. Virtually no one talked about this alt-right whatever-it-is until just prior to the election... which brought so much rage and tears and acrimony and blood into the hearts of sad progressives denied.

We are told that Breitbart is a white nationalist cauldron unleashed by the forces of Trump.

But just who are these people that virtually no one ever heard of until the final months of the election?

What is the alt-right, really?

It wasn't until they stamped "ALT-RIGHT" onto Donald Trump's forehead that I even knew that this transgressive right-leaning, Gay-friendly, Israel-friendly, political trend even existed.

My understanding, from listening to Breitbartians and their interlocutors, like Sam Harris, Dave Rubin, Ben Shapiro, and the anti-feminist "Dangerous Faggot" Milo Yiannopoulos - who refers to Trump as "Daddy" by the way - and some of the people clustered around Horowitz's FrontPage Mag, like Daniel Greenfield, is that the alt-right is, in fact, nationalistic.

They are Jewish-trending cultural libertarians, democratic nationalists, free speech advocates, religious and atheist, Gay and Straight, opposed to mass immigration, open borders, and the kind of globalism represented by the United Nations and the European Union. Thus they tend to oppose Islam, because they oppose Sharia Law, and they oppose Sharia Law because they do not want to see Milo thrown from a high place and then stoned upon his arrival on the ground. By the end of the interview below Dave Rubin might... but that's neither here nor there.

But are these people white supremacists?

On a daily basis we are now told that people around Breitbart are white supremacists. It's the rise of the new Klan. The forces of Old and Ugly are returning to the United States and led by Donald Trump, the Monster, himself.

Nonetheless, I feel almost positive that anyone looking into the writings and speakings of the people named above will not find white supremacism.

Actual American white supremacists have no meaningful presence within American political discourse. Their current display before the public is as a political avatar created to misrepresent Trump and the Republicans.

Below is a conversation between Dave Rubin and Milo.

Rubin is a classical liberal.

Milo is a brilliant lunatic and an anti-feminist.

You tell me if these are white supremacists.