Jews and our "Special" Obligation 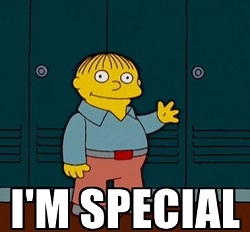 A recent opinion piece for the Washington Post by Rabbi Jill Jacobs, author of Where Justice Dwells: A Hands-On Guide to Doing Social Justice in Your Jewish Community, and Daniel Sokatch of the allegedly pro-Israel New Israel Fund, is entitled, "Why Jews have a special obligation to resist Trump."

Jacobs and Sokatch claim that:


Donald Trump’s winning platform includes pledges to ban Muslims from entering our country, to forcibly deport millions of people, to remove legal protections from vulnerable minorities and to reinstate the use of torture. The president-elect has threatened massive attacks on human rights and constitutional freedoms. Just last week, he appointed to the highest advisory position in the White House Stephen K. Bannon, a former publisher of Breitbart News, which the Southern Poverty Law Center calls the “media arm” of the white supremacist alt-right movement.

The idea behind the article is that because Trump is essentially a Nazi, Jews have a particular obligation to join with other "threatened" minorities in political opposition.

I always find it interesting, though, when people tell Jews that we have "special" obligations.

It reminds me a bit of when they say that Jewish people have failed to learn the lessons of the Holocaust - a "special" obligation if ever there was one - with the implication that Jews are not nearly as ethical as we need to be in order to prove our moral worthiness. It is one of those obligations that we can never seem to master in the eyes of others, including many other Jews.

The false and exaggerated claims toward Trump, however, are not intended to create insight, but to spread fear of the individual and loathing toward Americans who voted for him. The absolute terms within which they are presented also leave no wriggle-room for actual discussion of the issues raised by the authors.

Is it really Trump's policy to simply "ban Muslims from entering our country"? No, of course it is not. This is a lie. But making such a claim, with its implication of implacable racism, serves to shut down the much needed national discussion around immigration policy.

In this way, Jacobs and Sokatch frame the argument in much the manner that the hard-left always frames virtually any argument; one is either in agreement with them or exiled as a deplorable monster. In either case, there is no discussion to be had, nor disagreement allowed.

Jacobs and Sokatch would have us believe that Jews are extra-special and that as the children and grandchildren of Holocaust survivors - not to mention the inheritors of Talmudic scholarship and ethics - we have a distinct moral obligation not incumbent upon others. We are, thus, never allowed to be just normal Israelis or Brits or Aussies or Americans. Instead we are told by our ethical superiors, sometimes Jewish and sometimes not, that we have special obligations and if we fail to carry out those obligations then we are something other than kosher.

Now, at the dawn of the Days of Trump, some on the battered left are doubling-down on the kind of relentless moral narcissism that helped bring us Trump in the first place. Throughout the Obama administration, and the reign of the baby-boomers since Bill Clinton, the progressive-left relentlessly pounded issues of racism, sexism, and homophobia into the atomic protoplasm of every living creature from Bridgeport, Connecticut to San Francisco, California. We even had poor Hank Hill, of King of the Hill fame, prior to Obama, wondering if his dog was racist.

Nonetheless, Jacobs and Sokatch warn American Jews that, "Trying to conduct business as usual with the Trump administration could prevent us from joining with other threatened groups to protect our neighbors."

Jacobs and Sokatch represent one small Jewish example of the mass hysteria whipped like a meringue into the general population over the last six months. The ceaseless and ever-increasing rhetorical churning of alleged racism, sexism, and homophobia that set the rhythm for the Obama administration turned into a crescendo as we got closer and closer to November 8. By November 9, instead of peaking and then sliding into its natural level, Trump Hatred became a discordant howling that continues until this very moment.

Jacobs and Sokatch, in service to this cult of victimhood, combine the spreading of raw fear with a cloying form of religious outreach that seeks to exploit the famous Jewish sense of guilt.


Even if Jews were not personally threatened as Jews, it would still be imperative for us to call upon all of the communal strength we have and all of the institutions we have fought to create to oppose threats to other people. This is an obligation that comes from our tradition. In the Torah, one of God’s first commands to the Jewish people after our liberation from slavery is to protect those who are most vulnerable, as we, too, know the experience of being strangers.

I have no reason to doubt Jacobs and Sokatch's sincerity or intentions.

Like many millions of Americans they have succumbed to the constant media yammerings of how regular working-class white Americans are creatures ruled by hatred and fear of the Other. Despite the fact that the United States is actually one of the very least racist or sexist countries on the entire planet many in the Democratic Party insist that we are among the worst.

In the final months heading into the election the progressive-left, the Democratic Party, and the traditional media conjured an apparition from hell which they called the "alt-right." In truth, it was there all along, but with little national or cultural significance until Hillary and the anti-Trumpeteers saw some use for them as a club with which to smack around the Deplorable Cheetoh.

The alt-right, a creature that virtually no one had even heard of prior to this election, seems to have taken over the country almost entirely out of the blue. The manner in which it went from being on the utmost political fringe to front-and-center within a matter of weeks is an amazing testament to the power of group-think, public relations psychology, and the political manipulation of normal human fears for electoral purposes. If the progressive-left didn't have any actual Klansmen or Nazis to shadow-box with then, by God, they'd conjure it up themselves, which is precisely what they did.

I am sorry, but pro-Jewish and pro-Gay does not for white supremacism make.

That the so-called "alt-right" contains some racists is undoubtedly the case, as does - in no particular order - the Democratic Party, the Obama administration, the progressive-left, the EU, the UN, Black Lives Matter, western feminist leadership, and any media outlet that tells Jewish people where we may, or may not, be allowed to live within our own homeland.

Do Jacobs and Sokatch believe that we have a "special" obligation to resist them, too?