On the CTRL-L and the Conjuration of Demonic Political Golems 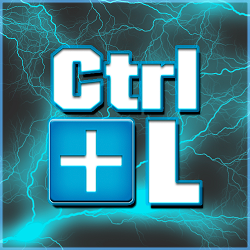 Since the recent election of entertainer and businessman, Donald Trump, to the Presidency of the United States, the American CTRL-L has rampaged through the streets of America's largest cities.

The CTRL-L is a combination of various racist, non-democratic, violently-inclined leftist groups - including Black Lives Matter, the Occupy Movement, the ANSWER coalition, and BDS - that infect the True Believers within the Democratic Party.

The Democratic Party, of course, is a party in disarray where members are at one another's throats because of their recent defeat at the hands of a world-famous gazillionaire "outsider" who refuses to speak in the tired politically-correct jargon of the school-marmish, safe-space-seeking, yet semi-fascistic, Obama coalition.

What the various anger-driven misfits of the CTRL-L have in common is a shared contempt for the USA as a liberal democracy, for Israel as the national homeland of the Jewish people, and for the American people, in general, who still seem rather fond of the United States as a society grounded in liberal democracy and regulatory capitalism.

Since the CTRL-L has infected the Democrats it has - like everything it touches - turned that party into the realm of anti-American, anti-White, anti-Jewish "racists" who demand inclusivity with one another via the exclusivity of wrong-thinking Jews and right-thinking white people.

The CTRL-L is, needless to say, the ALT-R inside-out and backwards.

What they both have in common, however, is that neither is real as a distinct political movement... although one, it must be said, is considerably more materialized than the other.

As David Haggith put it in a piece entitled, Liberals Scared to Death by Their Own Caricature of Trumpettes:


Liberals are afraid of their own shadows right now. That’s because they’ve created anti-matter, Mr. Hyde caricatures of the Trumpettes — the average little guys who support Trump. These shadows that liberals have cast by their own self-deceit now surround them, and they believe the grotesquely exaggerated images they have created.

This false belief like any phobia is taking on its own life by creating mass hysteria in the streets of America. By that step, belief becomes reality. While the initial description that liberals painted of Trumpettes is false — they’re all misogynistic, homophobic racists — the hysteria is real, and that causes people to react with violence against whatever they fear. Those violent reactions become very real horrors that are not just painted in the imagination, and they divide the nation deeper, creating  fears that are now based on real horrible events that came about due to the original false beliefs. It’s like a panic attack that feeds on itself.

That racists, sexists, and homophobes live in the United States is unquestionably true.

That racists, sexists, and homophobes live in Paraguay, Papua New Guinea, and Pakistan is also true.

The so-called ALT-R appeared on the national stage directly before the election is obviously not a coincidence. It astonishes me, in fact, that the magickians who conjured up this monstrosity did not seem to think that we might notice. Prior to this most recent election virtually no one had ever even heard of any such creature as the ALT-R aside, perhaps, from a few pissed-off nincompoops banging their heads against their laptops.

Just as the CTRL-L is a recent conjuration of the imagination designed for political purposes, so is the ALT-R.

The progressive-left, the Democratic Party, and the Hillary Campaign, conjured up the virtually non-existent American fringe of White Supremacists, Klansmen, and other such cultural relics, in order to breathe life into them as a single menacing golem. They turned this fantastical zombie-like monstrosity onto the neck of Donald Trump but - as anyone familiar with the literature around golems will tell you - they have a tendency to turn on their creators.

For months, now, the ALT-R golem has stalked the countryside scaring the holy hell out of perfectly normal Americans. It is even responsible, in some measure, for the violence and broken glass in the streets of Chicago and Portland among those fighting the chimera-like demon.

In the end, however, the thing turned on its master and is now being chased through the streets by townsfolk with pitch-forks and torches and actual human beings are being seriously harmed, if not killed, as a result.

For example, the ALT-R has the Klan and virtually everyone in the United States despises the Ku Klux Klan. We despise the Klan like we despise the Nazis. The Klan is so hated, in fact, that it doesn't even exist any more outside of the fringiest of the fringe-fringe.

The same cannot be said of the Black Lives Matter movement, with its Jewish problem and inspiration for highway overpass shootings of cops for political purposes.

Among extreme political groups, BLM is important enough to warrant the attention and appreciation of both Hillary Clinton and Bernie Sanders.

The Klan, however, has all the contemporary significance of a filthy white hood rotting beneath some porch in the Arkansas hills.
Posted by Mike L. at 10:01 AM