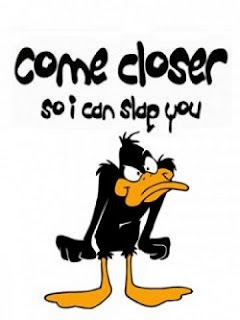 In a recent post, I talked a little about my first encounter with looting in my current city of Oakland, California.

There was some conversation around whether I needlessly brought BLM into the story of the Oakland Walgreens looting. I cannot prove direct causation between the examples set by BLM/Antifa and the looting, but it is clear that they popularized the sport.

BLM/Antifa has spent the greater part of 2020 looting large corporate retail box stores and small black-owned mom-and-pop shops throughout much of the country. That is when they are not tearing down statuary of virtually everyone because they have decided that virtually everyone is racist.

{I would be a little surprised if, say, Mark Twain statuary survived the idiocy.}

In this way, they made looting kind of hip and doubly so when BLM started arguing that looting is actually a form of spontaneous reparations for slavery and Jim Crow and the alleged current monsoon of "systemic racism" sweeping the land.

But what really made it work for those ransacking the various cities were the local and state authorities who tied the hands of the cops.

Neutering law enforcement taught BLM/Antifa that they could do pretty much anything they wanted to such as rioting, looting, burning Federal buildings, beating people up in the streets, and trashing retail outfits, including small black-owned restaurants and stores, with impunity.

{While black lives matter, it is not the least bit clear that black lives matter to Black Lives Matter. This is, after all, an international organization that never breathes a word about the enslavement of Africans today into the markets of the Middle East.}

In any case, there is no possible way that the gangs of Oakland did not acknowledge the obvious when it currently comes to looting.

Of course, they did.

The cops, however, wanted to do their jobs and Police Chiefs were fighting losing battles with the Offices of the Mayors and Governors in primarily Democratic Party-controlled states. This resulted in a large wave of early retirements from the force and other cops simply walking out the door. So, because the cops were not allowed to respond effectively to the violence in the streets local gangs learned that they could easily walk into a Walgreens and shake up the joint with no problems.

So, yes, BLM/Antifa brought looting into style in 2020 and hopefully I can be excused for not viewing my little encounter with it as a distinct anomaly.