Is Ella, the Flying Fairy, Racist and Sexist?

I think Ella is racist and sexist. Just look at this thing. Could Ella possibly be more white? Are there black Ellas? Brown Ellas? Yellow Ellas? Jewish Ellas? I don't think so. But even if there are it doesn't change the fact that White Flying Fairy Ella is privileged. Do you see any Ellas "of color" in the advertisement? I sure don't. Don't you think that there should be? Where is the Ella inclusivity and equity? Ella is so white I am practically blinded looking at her. She is so white that it is offensive. She is so white that she frightens innocent children in the streets. Here she is: 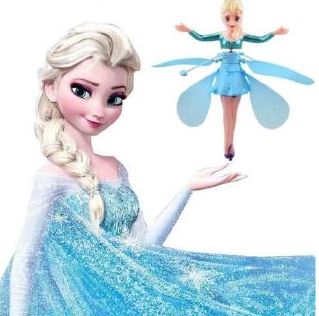 Jeezus Mother of God. Look at that thing! What is this, 1954? You can tell by the smug look on her face that she is a cisgender, white racist. Her whiteness is not merely evident in that blinding skin color, but obviously in the way that she thinks of herself compared to the lower beings around her. Whiteness, after all, is not merely about skin tone or European ethnicity, it is about a toxic way of thinking and being that all decent people should condemn. Do you want to know why good people are looting, pillaging, and murdering in the streets of Portland and Seattle and Minneapolis and Chicago and New York over the course of the last six months? It is because of all those nauseating Caucasian people with their racism and privilege and pastrami on white bread with mayo (hold the ketchup).

As the Smithsonian recently told us, whiteness has specific attributes that have become normalized over time due to the toxic European domination of European culture. These attributes include an alleged white-Euro affinity for individualism, the nuclear family, objective and rational "linear" thinking, hard work as a key to success, and the valuing of property, such as one's home.

And Ella is the perfect example of this heinous racist whiteness that we are surrounded by on a daily basis. Notice how she floats above others indicating her faith in her own racial superiority. She looks down on the rest of humanity as it struggles to survive under the domination of cruel and heartless white people who use the Proud Boys as their enforcers, their street thugs. Would they ever make a fat, Jewish, hunchback Ella? I don't fucking think so.

Furthermore, Ella is a "fairy." What the hell is that supposed to mean? Are we supposed to believe that Ella is a lesbian? Is she actually female? Just what is Ella's sexual identity, anyway? Is she Autoromatic and, thereby, finds herself sexually attracted to herself? (Probably.) Or is she biromantic and, thus, is romantically, but not sexually, attracted to individuals of more than one gender? It could be, of course, that Ella is cupiosexual and while having no sexual desires nonetheless wants to be in a sexual relationship. Or she could be demisexual, sexually fluid, greysexual, monosexual, omnisexual, or pansexual... and that just brings us to the "P"s.

So, just what the hell is this flying white bitch?

My guess is that she is a straight, white, privileged, cisgendered, female of the fairy species who looks with haughty contempt at the underprivileged and underrepresented in Western society. She's a bit like Jim Gaffigan, but not nearly as funny. Either that or she is nothing like Jim Gaffigan. One or the other. 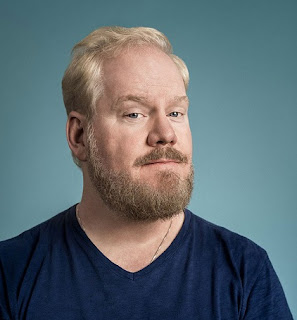