The Idiocy of the Jews

The American public, along with 71 percent of American Jews, just voted for a presidential ticket that has vowed to fund the Palestinian Authority even as the PA insists that it will finance the "Martyrs Fund" which we call "pay-for-slay."
What this means is that whenever some random Arab in Israel runs out to stab a Jew to death in the streets of Jerusalem or Haifa or Tel Aviv they will pay him or his family out of US tax dollars. That is what we mean by "pay-for-slay" and financing it is against the Taylor Force Act and, thus, against American law.
It is also against anything resembling human decency.
The Democrats, if they take the White House, will now require American Jews to pay for the murder of our brothers and sisters in Judea and Samaria (aka Israel) and will do so while smiling at us and telling us what great friends they are to both Israel and the Jewish people.
And please do not forget this, they honestly believe that Jews, even within our traditional homeland, deserve whatever beating we get for allegedly being mean to the innocent, bunny-like Palestinian Arabs.
The Jews and other dhimmis, like Christians and Zoroastrians, spent thirteen hundred years as second and third-class non-citizens under the boot of Arab and Muslim theocratic imperialism in the Middle East. They claimed traditional Jewish holy sites, such as the Temple Mount and the Tomb of the Patriarchs, as their own.
They created laws that said Jews could not hold authority (such as in an employer/employee relationship) over Muslims. Jews could not build houses above the houses of Muslims. Jews could not marry Muslim women. Jews were not allowed to ride horses. Jews had to wear specific types of clothing that identified them as Jews to the Arab public. Jews were not allowed to use public bathing spaces. It meant death to mock that old caravan raider and pedophile, Muhammad.
In some times and places within the Arab and Muslim worlds, it was against the law for Jews to step out of their homes during rain storms lest our moral and physical filth wash onto Arabs. And when, with the fall of the Ottoman Empire following World War I, the Jewish people finally gained our freedom the Muslims attacked us from all sides, both physically and in the international diplomatic arena, while outnumbering us by a factor of 100 to 1.
These are the phases of the contemporary Long Arab-Muslim War against the Jews of the Middle East.
Phase 1, 1920 - 1947: Riots and Massacres
Phase 2, November 1947 - April 1948: The Civil War in Palestine
Phase 3, 1948 - 1973: Conventional Warfare
Phase 4, 1964 - Present: The Terror War
Phase 5, 1975 - Present: The Delegitimization Effort
And now, right as we seemed to be on the cusp of finally bringing peace to that part of the world, the Democrats want to bring back the Oslo Accords which requires that the West reward the Arabs with a twenty-third country by taking a mighty bite out of the tiny historical homeland of the indigenous Jewish people.
In any case, Biden and Harris are perfectly comfortable paying Arabs to kill Jews with your tax dollars. That is what the "Martyrs Fund" means. That is what "pay-for-slay" is. And that is what the Democratic Party favors.
{And don't look now, but that is what your friends favor as well.} 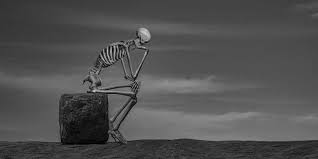