What we can be sure of is that Biden and the Democrats cannot be trusted on issues around the well-being of the Jewish people within living memory of the Holocaust.

They already tend to believe that "Zionists" are the oppressors of the innocent, bunny-like "indigenous" Palestinian-Arabs despite 1,300 years of the oppression of the Jews and Christians and Zoroastrians under the boot of Arab and Muslim imperial rule.

What we will likely see now is increased progressive-left hatred toward Israel, a willingness to force American Jews to pay for the murder of Jewish Israelis, the mainstreaming and financing of Iran at the expense of Israel, Saudi Arabia, Egypt, Jordan and the Sunni Middle East, thereby creating an arms race between Shia and Sunni and potentially more war in that part of the world.

We will see additional hatred spit at Jews on campus if they dare to stand up for Israel.

We will see an American president who, like Obama, held to the racist notion that he has every right to tell Jewish people where we may, or may not, be allowed to live within our ancestral homeland.

We will see the empowerment of progressive-left hatred toward "white" people -- whoever they are -- and "Zionists" and cops.

We will see more erosion of liberalism out of the Left.

And we have just now witnessed the effectiveness of an ongoing campaign of pure hatred against a sitting American president who is regularly compared to Hitler, thereby revealing the idiocy of progressive-left politics. 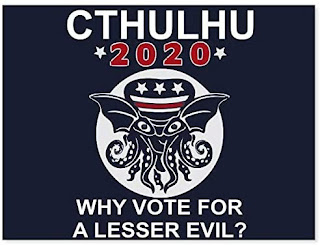