This is not a good day for the Jewish people

As we have seen, the Democratic Party is not supportive of Israel. Face it. American Jews suffer from Stockholm Syndrome (Oslo Syndrome?) and are more than happy to vote for a political party that urinates all over their fellow Jews in Israel.

Personally, I am looking forward to Biden, like Obama, demanding that Jews live in only certain places within our own traditional homeland.
I love the fucking idea that the Democrats will give my tax money to kill my brothers and sisters in Israel under "pay-for-slay."
And, needless to say, I cannot wait for the Democrats to wreck the normalization efforts that are well underway with some Arab states. If you think that it was mere coincidence that this took place under the Trump Administration, just wait until the Biden Administration -- presuming we get one of those -- spit in the stew.
And, finally, I absolutely adore the idea that the Democrats will refocus on the two-state solution so that when the Arabs say "no," yet again, that they can turn around and blame Jewish Israelis for Palestinian-Arab intransigence and efforts to kill Jews.
I am an American Jew and I consider my fellow American Jews to be among the most politically moronic people on the planet. The truth is that as group-thinking social creatures, they simply want to fit in with their fellow Democrats and "progressives.
Most of them only vaguely care about Israel and many of them agree with "progressive" Democrats that Israel is a racist, imperialist, colonialist, apartheid, militaristic, fascistic, racist state.
Just ask Peter Beinart. 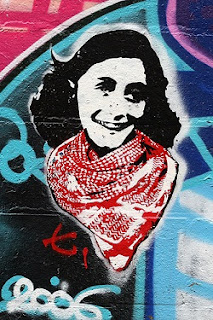