Michael Lumish
What we have seen over the last four years is the effectiveness of a campaign of hatred. Trump was despised as soon as he received the Republican nomination in 2016 because he was an interloper within the natural order. It was Hillary's turn and Trump interfered.
This was not only an affront to the Democratic Party, but to progressive-left notions around feminism which required, at this late date, a female President of the United States.
The hatred built on itself and it became sacrilegious to fail the Hatred Toward Trump Test. And, damn, if this campaign of hatred did not work. Families and friendships were broken.
I wasn't sure if it would, but it definitely did.
This is because it became socially unacceptable not to snoop your nose down on Donald Trump. Those without the requisite hatred, and who dared open their mouths, were seen as morally eroded and vaguely disgusting.
The greater the hatred, the greater the moral superiority. This translated into a litmus test for social/political acceptability within the establishment press, social media, Hollywood, academia, and Democratic Party friendships and social circles.
Was the 2020 election stolen?
Eh.
All democratic elections, everywhere in the world, are subject to a measure of voter fraud. The only real question is whether or not the Republicans can prove -- or, at least, reasonably demonstrate -- organized high-level Democratic Party voter fraud in 2020.
My suspicion is that, no, the Republicans will not manage to successfully challenge this election in the courts. What turned this election had less to do with Democratic Party electoral cheating than it did with, as Noam Chomsky would put it, "manufacturing consent."
My view is probably skewed from living in the San Francisco Bay Area, but pretty much everyone that I know despises Donald Trump with the heat of a thousand Zionist suns. They despise this man in a way that I have never seen any public figure despised before.
Thus, Joe Biden's victory has less to do with voter fraud, or even Donald Trump's character, than has to do with the Manufacture of Public Hatred and the encouragement of group-think around vital questions.
It certainly has very little to do with Joe Biden. 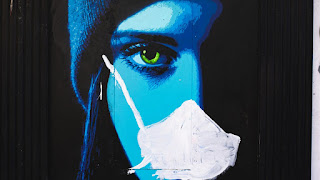