To the valley from the hill top ... 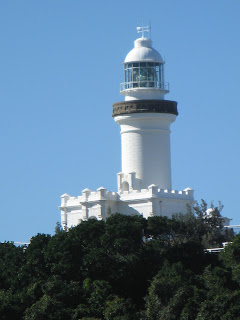 Daphne Anson with more gold from London about how green was my valley.

I know Byron Bay. Visiting that light house is among my earliest memories.

Many things have changed.. Back then  few people with hyphenated names actually admitted it especially around here and especially if they were men. Not unless they were the State Governor and even then really had to be on the Queensland side of the border about fifty minutes north. .

I suppose that's a good thing.

What can I say

swept old London town
hometown for SS Duncan sure
Duncan Diddanudda one
Just to show 'em waddaman
This now echoes up my valley
from the other shore
thanks to Echonetdaily
so now let the echo roar
all the way to 'Frisco Bay !!!

Sorry guys but I've got to get my amusement some way

That is Echonetdaily  which counts for mainstream media around here that rebroadcast the dump fresh from the site of the Byron Traders Friends of Boycotting Jews For Peace And Palestine Association.

under the by line

They are probably all grateful for the extra traffic. Don't mention it guys. I'd do the same for you.
.

A retiring Green Party councillor on Byron Council and a ring in from Marrickville*    show up at the No Jew Left Alive And No Life Worth Living  New Dark Age Peace Festival in Byron Bay to lend their support.

So what?
.
*who will be well known to Shirl in Oz  a gutsy veteran of the BDS outrage in Marrickville and a great and treasured friend of this blog and allied blogs and activists.. Hope you're well Shirl

And now another interlude.

Dedicated to our friends at Israel Thrives Chill it. There are hard times coming We need you.

Geoffff's Joint
Posted by geoffff at 2:07 AM