Do Not Buy Books Published By Palgrave Macmillan (Updated)

Daphne Anson has more disturbing evidence that pervasive antisemitism has once again deeply infiltrated the "intellectual elite" with news that a formerly respected British publisher has sunk to the level of  just another  extremist propagandist without the slightest evidence of a glance back in time. 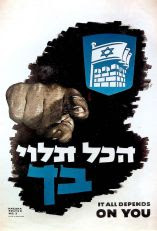 Readers might wish to protest this disturbing anti-Israel initiative by a famous British publisher.

In response Che Gorilla was moved to email this to whatever contacts he could find in this part of the world.

It is a disgrace that the British publisher for which you are listed as the Australian representatives has taken upon itself the task of promoting the vile campaign known as “Israel Apartheid Week”. I have no doubt that this filthy slur may generate some sales for your grubby pamphlets in a certain book buying market but that is nothing new. Exactly the same thing happened during the Nazi era when some publishers thought it would be a good idea to turn a buck by publishing genocidal antisemitic literature in our universities often masquerading as “enlightened” or even “progressive” or “pacifist” .

All these decades later and you would hope that a reputable book publisher would finally have learned to resist the urge to promote hateful anti-liberal, anti-democratic ideology that vilifies the only state in the Middle East where the publication and reading of books are free and accessible to all irrespective of race, religion, nationality and social and political outlook.

Israel is not an apartheid state. Israel is the only state in the Middle East where Arabs and Muslims enjoy full civil rights. You have no right not to be aware of this. To describe Israel as an apartheid state is a racist lie. That you have not even made the slightest attempt to balance your publication list with books that set out the truth about Israel and the war against her shows you no longer have the right to be regarded as anything other than propagandists for the nastiest campaign against Israel, the Jews and indeed Western standards since the age of Goebbels. Your company should be publicly denounced. For you its just one big lie said over and over again.

More to the point your books should be boycotted. No one would challenge your right to publish whatever crap you like. That only happens in places like Iran, Syria, Egypt, Saudi Arabia, Algeria, Sudan, the “Palestinian Territories” and every other member state of the OIC. Just as everyone in Australia and the West has a right to make a point not to buy books published by your company. Any other them. You have nothing to contribute to the conversation and a tiny minority of profoundly ignorant adolescents with undeveloped minds and their seedy teachers hanging around the universities and colleges at the start of the academic year are not the only book market in the world.

This is precisely why I intend to launch a campaign of my own from my blog. Stop the lies. Do not buy any books published by Palgrave Macmillan. The stakes have become too high.

A list of contacts for this publisher is here.

Pleased to report that Daniel Pipes has sorted Palgrave Macmillan