{This was originally published at the Times of Israel.}

Perhaps the most astonishing fact about the current political moment is the chilling indifference of progressive-left Jews to the anti-Jewish/anti-Israel behavior of the Obama administration. As an American apostate from the political left, due, at least in part, to Barack Obama's veiled hostility to the State of Israel, I am constantly amazed at the strategies of denial in progressive-left Jewish discourse. In order to put a happy face on the Obama administration, and thereby keep Jewish American voters in line, various rhetorical strategies are employed. These include, but are not limited to, ignoring obvious truths, denying obvious truths, minimizing obvious truths, diffusion of responsibility, and the lowest of all, defamation of character.

Obama wrecked whatever potential there may have been in the peace process and then blamed the Israelis for his own failure. He ushered the Muslim Brotherhood into power in Egypt and then said, in effect, "Oh, well. Egypt is no longer an ally. Not an enemy, really, but not an ally." Obama is perfectly fine with the idea of a Judenrein state of Palestine and feels that he has the right to tell Jewish people where we may, or may not, be allowed to live, and thus build, in both Jerusalem and Judea and Samaria. 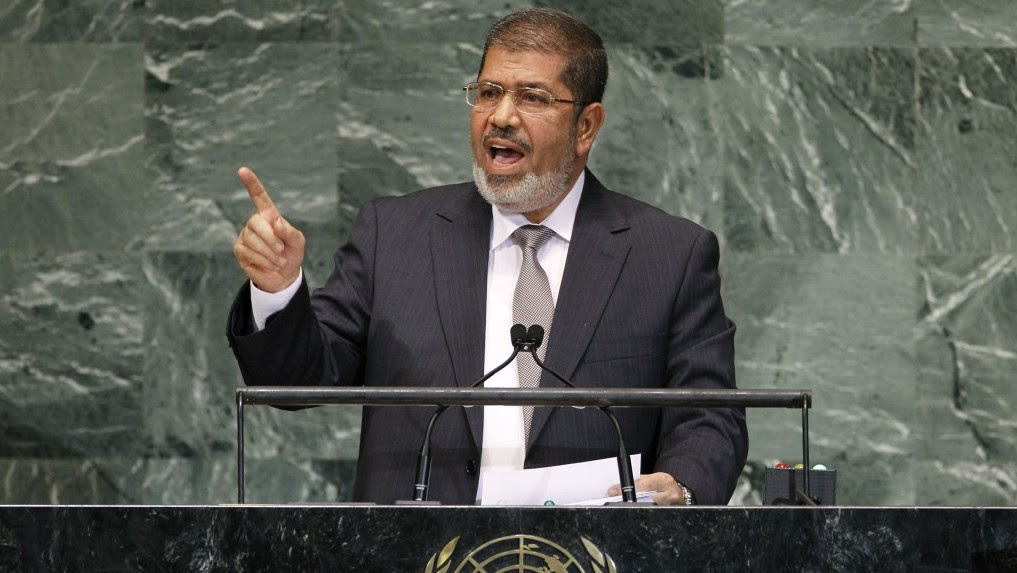 Friend or foe? Neither, apparently.  These truths are obvious and entirely ignored among "progressive Zionists" in the United States.

The very first tactic that is used on the Jewish left to protect Obama is simply to ignore inconvenient facts. It is unfathomable that American Jews would vote for an American presidential candidate who believes, in the manner of some 14th century Italian potentate, that he has the right to dictate where Jews can live. The reason that so many American Jews will vote for Obama is because they simply ignore very significant and obvious and inconvenient truths.

When "progressive Zionists" cannot ignore obvious truths, because people like me point them out, they often simply deny obvious truths. This is a very common strategy within Jewish-left discourse when it comes to any number of things including, for example, the fact that the movement to boycott, divest from, and sanction (BDS) the State of Israel is a sub-political movement derived from the progressive-left itself.

I feel considerable sympathy for Jews on the left who favor Israel, because they are spit on daily by their anti-Zionist and anti-Semitic "friends" within their own political movement -- and I say this as someone who comes out of that movement. The progressive left has become a hotbed of anti-Semitic anti-Zionism, and Jews who choose to participate in such venues are subject to perpetual harassment. They are constantly called out for supporting the allegedly racist, colonialist, imperialist, militarist, apartheid -- and did I mention racist? -- state of Israel, and yet, they mainly remain loyal foot-soldiers to the very political movement that acts in opposition to Jewish well-being.

What I have sometimes found is that when called upon to explain just why they continue to support a political movement that has no interest in supporting the Jewish people, they simply deny the obvious truth.

I have been told by exceedingly intelligent Jewish people on the progressive left who follow the Arab-Israel conflict that BDS is not a movement of the left.

The claim is laughable on its face, and yet, progressive-left Jews will make that claim in order to spare themselves embarrassment.

A slightly more sophisticated tactic is to simply minimize obvious truths. When confronted with the obvious fact that BDS and anti-Semitic anti-Zionism is, in the West, mainly a product of the progressive-left, the tendency is to minimize. Jewish progressives will tell us that it's only a fringe of the fringe that are anti-Zionist. A few people on a few websites are nothing to be concerned about, we are assured. Yet the truth of the matter is that anti-Israel bias is rife throughout the Western academe and media. The problem is not a matter of a few fringe websites, nor even major progressive-left websites that peddle anti-Zionist hatred, such as Daily Kos, The Huffington Post, or the Guardian, but also universities such as Yale that cancelled the Yale Initiative for the Interdisciplinary Study of Antisemitism (YIISA) or Harvard and the University of Pennsylvania, which both recently hosted anti-Zionist conferences. Thus, progressive-left Jewish apologists endanger world Jewry by pretending a clear and present danger is nothing to really be concerned about.

This one tends to be used when criticizing Obama's dysfunctional relationship with the Jewish State of Israel. Obama wrecked whatever potential there may have been in the peace process by demanding "total settlement freeze" even in areas of Jerusalem which, it was widely acknowledged, would remain part of Israel in any future agreement, such as Ramat Shlomo. What I am often told when this issue is raised is that Obama's policy on the "settlements" is no different from that of his predecessors. George W. Bush, they will say, also opposed Israeli construction in the "West Bank," as did Bill Clinton.

This is diffusion of responsibility. The claim suggests that even if Obama did demand "total settlement freeze," such a demand is fully in keeping with American foreign policy going back many presidential tenures. Of course, what it overlooks is the fact that it was the Obama administration that made "total settlement freeze" a prerequisite for negotiations with the Palestinians. It was Obama, and no one else, who pulled the rug out from under negotiations before they even began.

Now this one is my all-time favorite. As any religious defector can tell you, there is nothing that brings out the malice like religious apostasy. And just as this holds true for many religious people, it is most certainly true for very many political people, as well. For many years I was part of the American left, and I still hold to many "progressive" political positions. I favor a woman's right to choose an abortion and I do not care if 37 of my gay neighbors all decide to marry one another, so long as they invite me to the barbecue. I opposed the war in Afghanistan, and particularly in Iraq, and marched against them perpetually throughout the Bush years.

And then one day, while listening to anti-war speakers in Civic Center San Francisco, I looked up and saw a banner with a Nazi swastika entwined in a Star of David. It was then that I finally realized that the progressive movement held a poison at its core.