PA and Hamas: "No more differences between us now"

According to Maan News Agency:


President Mahmoud Abbas and Hamas leader Khalid Mashaal on Thursday said they had resolved all their differences, after a meeting in Cairo to implement a unity agreement.

"We want to assure our people and the Arab and Islamic world that we have turned a major new and real page in partnership on everything do to with the Palestinian nation," Mashaal said.

"There are no more differences between us now," added Abbas, who heads the Fatah movement.

The president said the talks had been comprehensive, covering "all details about reconciliation," according to the Palestinian Authority news agency Wafa.

Hamas, as is known, seeks resistance against Israel and removal from all the lands, and even genocide of the Jewish people. They make that clear. For example, a year ago, Hamas Leader Mahmoud Al-Zahhar told Jews "there is no place for you among us, and you have no future among the nations of the world. You are headed to annihilation."

Just a few months prior:


"We have liberated Gaza, but have we recognized Israel? Have we given up our lands occupied in 1948? We demand the liberation of the West Bank, and the establishment of a state in the West Bank and Gaza, with Jerusalem as its capital – but without recognizing [Israel]. This is the key – without recognizing the Israeli enemy on a single inch of land. ... Our plan for this stage is to liberate any inch of Palestinian land, and to establish a state on it. Our ultimate plan is [to have] Palestine in its entirety. I say this loud and clear so that nobody will accuse me of employing political tactics. We will not recognize the Israeli enemy." (Source: Hamas leader Mahmoud Al-Zahhar, Future News TV, June 15, 2010, Source: MEMRI.org)


There are enough other examples of this to fill a book. Not to mention that according to the USA, Canada, and the European Union, Hamas is designated a terrorist organization.

So I ask those who crusade against Israel: Is Hamas a terrorist organization? Would Hamas, if the opportunity presented, refrain from acting on its expressed intentions? Since there are "no more differences" according to Abbas, does this mean the PA and Hamas have the same objectives? Just what was/is the PA's ultimate goal and has Abbas been up front about it? 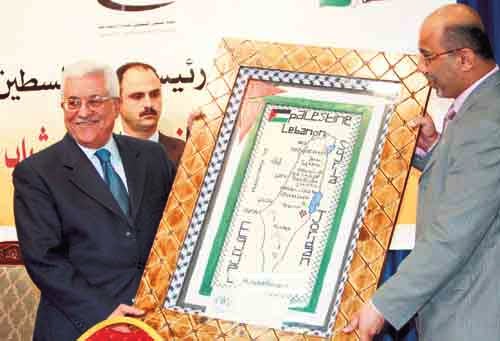 Finally, why are so some willing to believe what appears to fly in the face of reality?

Then again, the anti-Israel crusaders may have respite. According to the New York Times:


It remained unclear even after the meeting on Thursday whether the two sides were indeed committed to a further narrowing of their differences, and whether they would take any tangible steps toward power sharing soon or at all.


The differences are significant because the two sides do not like or trust each other. Far from it. A Hamas representative said they agreed to some confidence-building measures, like stopping politically motivated arrests.  Yet, Elder of Ziyon reports that:


within an hour of the meeting, Palestine Press Agency reports, Hamas police arrested three student leaders associated with Fatah. They also raided and took over the pharmacists' syndicate, which was pro-Fatah.


Despite this confusion, some will invariably criticize Israel for not making peace, but how does one make peace with partners that seem incapable of having peace among themselves?